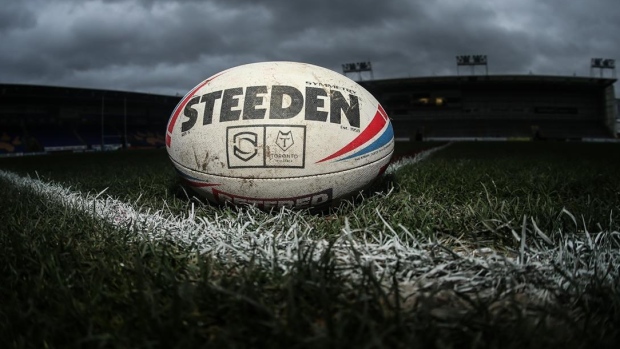 The British government is providing 16 million pounds ($28.1 million) to "safeguard the immediate future" of rugby league, which has been grounded by the global pandemic.

But funds from the emergency loan won't be available to the Toronto Wolfpack or France's Catalan Dragons and Toulouse Olympique.

The money will go to the Rugby Football League, the sport's governing body in Britain. An RFL spokesman said how much will go to individual British clubs is to be determined.

Oliver Dowden, Britain's secretary of state for digital, culture, media and sport, called the emergency funds "a massive shot in the arm to secure the survival of rugby league."

"We recognize that many RFL clubs operate on very tight financial margins," he said in a statement. "Without their ability to stage matches with spectators and despite the government's extensive economic package, the professional game has come very close to collapsing."

"Sports across the board are facing unprecedented pressures, and we are supporting them through wider government measures," he added. "In this case we are intervening as an exception, not to save an individual business or organization, but to protect an entire sport, the community it supports, the World Cup held here next year and its legacy for generations to come."

On March 16, Super League and the Rugby Football League suspended play until April 3 due to COVID-19. The suspension was then made indefinite.

The transatlantic Wolfpack (0-6-0) are currently on hiatus in England and have not played since March 11, when they blanked Huddersfield Giants 18-0 in the fifth round of the Challenge Cup.

Toronto and Catalan, the two non-English clubs in the 12-team Super League, face unique challenges with border closures and travel restrictions. It's the same for Toulouse, which currently tops the second-tier Betfred Championship.

The French government has put sports on hold until September. Ontario has said the return of sports will come later rather than sooner.

For the Wolfpack, it has been death by a thousand cuts in recent months. The transatlantic team was already shut out of a share of the Super League Sky TV deal by virtue of its agreement in joining the Super League.

With its home opener originally slated for April 18, it has yet to play at Lamport Stadium this season — meaning it has not collected any gate or concession revenue at Lamport Stadium. It may find itself having to play more home games in England, a scenario that would cut into its revenue given the need to find and pay for replacement venues.

And like the latest government cash injection, the Toronto team has not been eligible for British support because it is Canadian-owned.

The club has laid off its Canadian-based staff, who are eligible for government support here during the pandemic. Like other Super League clubs, Wolfpack players and staff have taken pay cuts.

"For many people, particularly in the north of England, rugby league is more than a sport," he said in a statement. "Our clubs are key employers and play an essential role in local economies. They are also vital social hubs where families bond and communities stand proudly together.

"This pledge by the government is indicative of the unique role Super League clubs play in those communities ... This news will alleviate some of those concerns and provide much-needed certainty about the future."

This report by The Canadian Press was first published April 30, 2020.