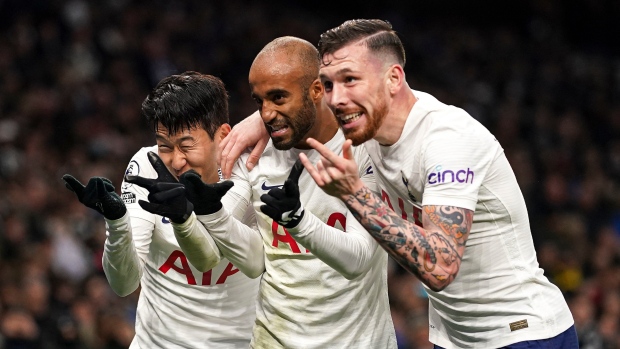 So does Harry Kane’s goal drought.

Lucas Moura, Davinson Sanchez and Son Heung-min were the scorers in Tottenham’s 3-0 win over Norwich on Sunday.

In four league matches under Conte, Tottenham has won three and drawn the other, conceding only one goal. He has, though, lost in the Europa Conference League at Slovenian minnow Mura.

Kane, the top scorer in the Premier League last season, remains on just one goal this campaign having missed a couple of half-chances at Tottenham Hotspur Stadium.

Spurs climbed to fifth place and is two points off fourth-place West Ham with a game in hand.

Lucas opened the scoring with a stunning solo goal in the 10th minute, after playing a one-two with Son and then beating a defender before smashing a shot into the top corner from 25 meters (yards).

Sanchez lashed in from close range in the 67th to make it 2-0 after the ball dropped invitingly for him after Ben Davies flicked on a corner.

Davies then made a piercing run into the area and passed to Son, who went round a defender and shot low into the net in the 77th.