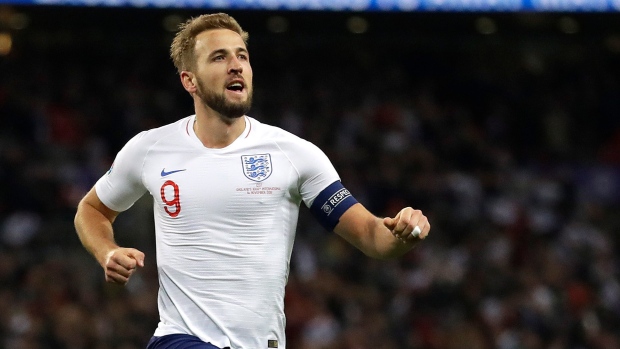 Harry Kane is well on the road to recovery.

In an interview with the club's website, the Tottenham Hotspur and England forward says he hopes to return to the club within two or three weeks.

Kane, 26, has been out of action since tearing tendons in his hamstring during a 1-0 New Year's Day loss to Southampton. He had been aiming for an April return.

"From a rehab point of view and personal point of view, I’m doing really well," Kane said. "I’m at a good stage now and just working hard, doing a lot of recovery, a lot of rehab and just waiting to see what happens to the season."

With the Premier League ceasing operations during the coronavirus (COVID-19) pandemic, Kane says he's been training at home in hopes of a return to play some point in the near future.

“It’s such a strange situation; no one has been in this situation before," Kane said. "Like anything, you have to take the positives out of it and do what you can. So far, me and the family are well, and I’ll continue to work hard, work in the gym, work from home and do what I can. We’ll just have to wait and see.”

Prior to the injury, Kane had scored 17 times in 25 appearances across all competitions, including 11 goals in the league.

With eight matches remaining on the schedule, Spurs sits eighth in the table on 41 points, four points back of Manchester United in fifth and seven adrift of Chelsea for fourth.