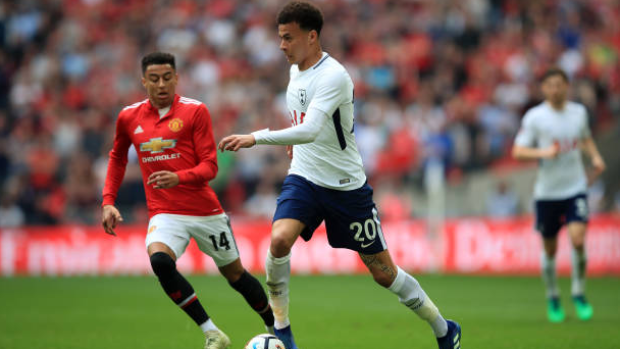 The FA has charged the 23-year-old Alli over a Snapchat post in which Alli appeared to mock an Asian man in an airport in reference to the coronavirus (COVID-19) earlier this month.

Alli later deleted the video and posted an apology on the Chinese Weebo platform.

“It wasn’t funny and I realized that immediately and took it down,” Alli said in his apology. “I let myself down and the club. I don’t want you to have that impression of me because it wasn’t funny…It isn’t something that should be joked about. I’m sending all my love and all my thoughts and prayers to everyone in China."

Alli is charged with a breach of Rule E3, a guideline for social media posts.

“It is further alleged that the post constitutes an “Aggravated Breach”, which is defined in FA Rule E3(2), as it included a reference, whether express or implied, to race and/or colour and/or ethnic origin and/or nationality," the FA statement read."

Alli has until next Friday to appeal the charge. He could face a suspension like the one Manchester City midfielder Bernardo Silva received earlier this season for a racially insensitive tweet.