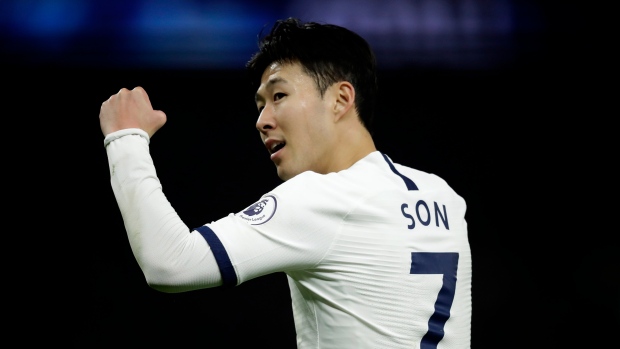 LONDON — Son Heung-min ended Tottenham's four-match winless run in the Premier League by sealing a 2-1 victory over Norwich on Wednesday.

The South Korean headed in Dele Alli's deflected cross in the 79th minute to end his seven-game scoring drought.

Tottenham had taken the lead in the 38th minute, with Alli netting the team's first goal since Dec. 26 in the league.

But last-place Norwich levelled in the 70th through Teemu Pukki's penalty after Ryan Sessegnon clipped Max Aarons and VAR took more than two minutes to confirm the foul.

Hugo Lloris got a hand to the spot kick but could not keep it out as the goalkeeper surprisingly returned to action for the first time since dislocating his elbow on Oct. 5.

Tottenham, which hadn't scored in the league since Harry Kane was injured in a Dec. 28 draw at Norwich, moved to six points behind fourth-place Chelsea in the pursuit of Champions League qualification.