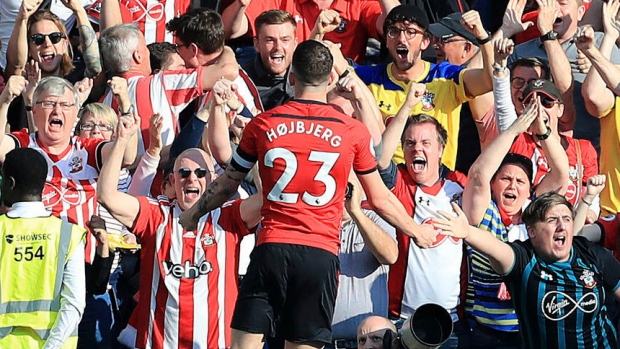 Tottenham Hotspur completed the signing of Pierre-Emile Hojbjerg from Southampton on a five-year, the club announced on Tuesday.

The deal for the Denmark midfielder is believed to be in the neighbourhood of £15 million.

A native of Copenhagen, Hojbjerg made 38 appearances across all competitions for Saints this season.

Internationally, Hojbjerg has been capped 33 times by Denmark.

In a separate transaction, Saints announced the permanent signing of full-back Kyle Walker-Peters on a five-year deal from Spurs. The deal is believed to be worth £12 million.

Walker-Peters, 23, joined Southampton on loan in January, making 10 league appearances for the club. A native of London, Walker-Peters is a product of the Spurs academy and made 24 appearances across all competitions for Tottenham over three seasons.