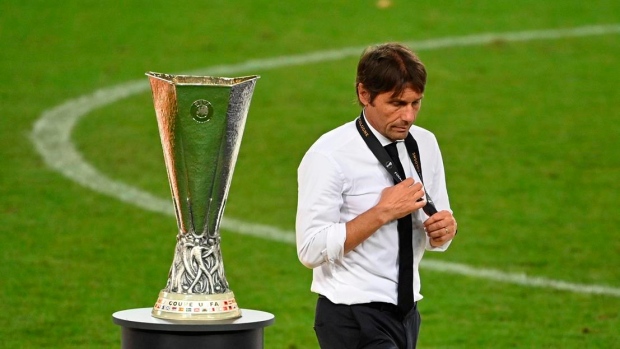 Antonio Conte couldn't come to terms with Tottenham Hotspur in the summer, but now appears to be a different story.

Conte had reportedly rejected the chance to manage the club in the summer after being unable to reach an agreement over Spurs' transfer policy.

Nuno was fired earlier on Monday after Saturday's 3-0 rout at the hands of Manchester United. Spurs have won five of their first 10 Premier League matches and sit eighth in the table. The former Wolves manager was in his first season on the job with Spurs and was the club's first permanent boss since the firing of Jose Mourinho last spring.

Conte, 52, has been out of work since stepping down as manager of Inter last spring upon leading the club to its first Scudetto in a decade. Prior to joining Chelsea and Inter, Conte led Juve to three Serie A crowns and managed the Azzurri through Euro 2016 which ended in a penalty defeat to Germany in the quarterfinals.

As a player, Conte won five Serie A titles with Juve and was capped 20 times by Italy.

Spurs are next in action on Thursday when they host Vitesse in Europa Conference League action before returning to league play on Sunday with a visit to Everton.