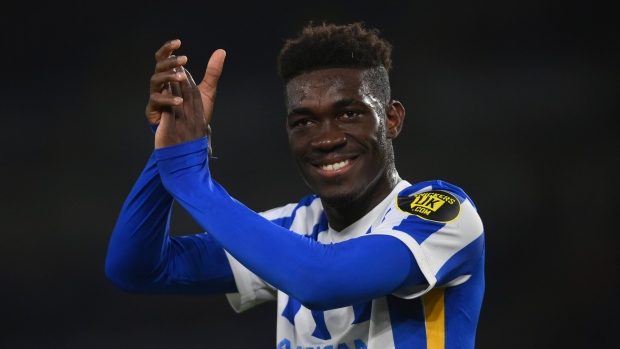 Yves Bissouma appears set for a move to London.

The 25-year-old Bissouma had one year remaining on his Seagulls deal.

A native of Issia, Cote d'Ivoire, Bissouma joined Brighton in 2018 in a move from Lille. He made 112 Premier League appearances for the team over four seasons. Last year, he appeared in 28 games across all competitions, scoring twice.

Internationally, he's been capped 27 times by Mali and was a member of their squad at this past winter's Africa Cup of Nations.

Should the transfer be completed, Bissouma would become Antonio Conte's third signing of the summer with Croatia winger Ivan Perisic and England goalkeeper Fraser Forster having already joined Spurs, both on free transfers.