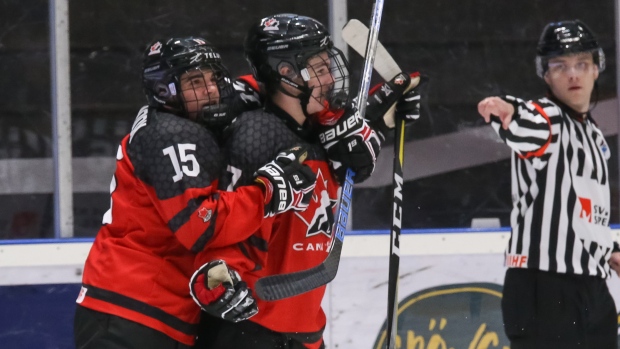 UMEA, Sweden — Brayden Tracey scored two goals and added an assist as Canada defeated Switzerland 7-4 in preliminary round play at the world under-18 hockey championship.

The preliminary round continues through Tuesday.

The playoffs begin Thursday and medal games are set for April 28.