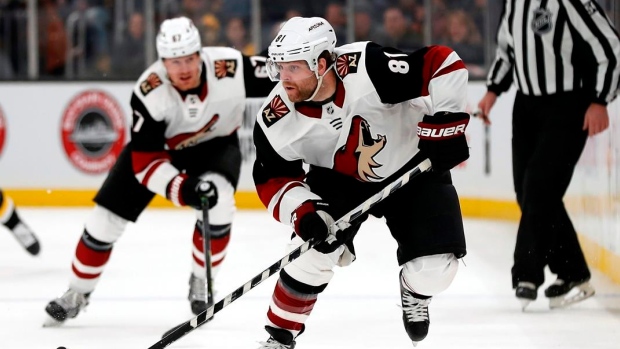 Last week’s Nick Bjugstad trade sent an important notice around the NHL about just how incredibly difficult it will be to move money in hockey’s current climate.

A frozen $81.5 million salary cap, plus a multitude of internal team budgets and caps, coupled with an uncertain season ahead, has the bean counters keeping a close eye on salaries.

The Penguins not only retained half of Bjugstad’s $5.25 million real salary for the season, they received just a conditional seventh-round pick that may not even transfer, just to move him off their books.

Here are 10 other names and contracts that could well be in play, given the financial or salary cap implications their teams are facing:

Scoop: There is no doubt that the Coyotes will be looking to shave salary to fit an internal budget under new GM Bill Armstrong. Other ‘Yotes players north of 30, like Niklas Hjalmarsson, Derek Stepan and Michael Grabner should be on this list. But Kessel has to be an attractive option. The Coyotes and Maple Leafs jointly paid him a $5 million signing bonus on July 1. That means he is owed just $5.95 million in total in real dollars for the next two seasons. He wasn’t a fit in the desert last season. But surely some teams are thinking that the decline from 92- and 82-point seasons all the way down to 38 last season was far too sharp to be purely physical. A re-energized Phil could be a game changer for a Cup contender. 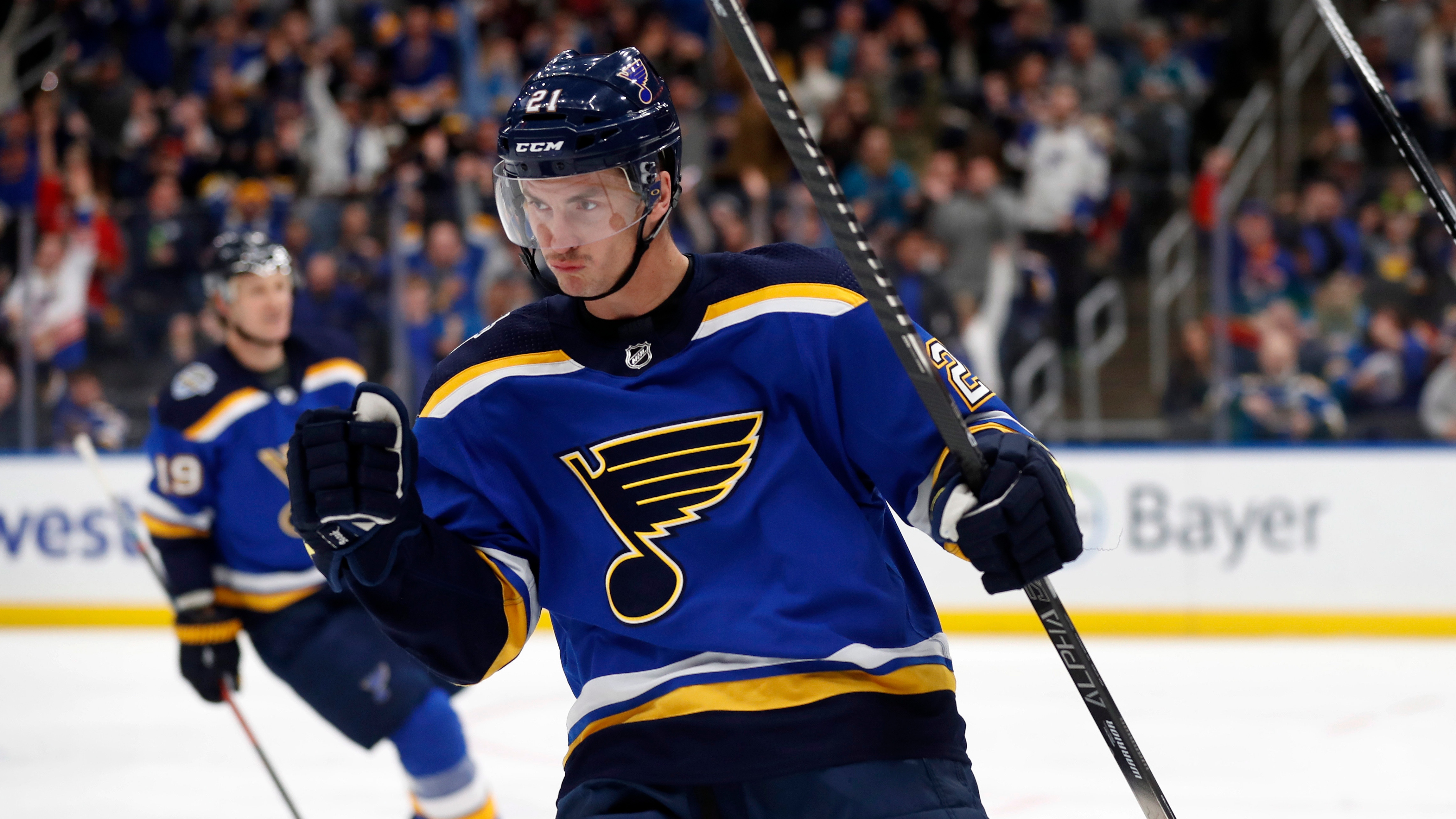 Contract: One year at $5 million AAV

Scoop: Bozak helped the Blues to the Stanley Cup in 2019, but if St. Louis needs to clear out cap space in order to keep captain Alex Pietrangelo on the backend, Bozak is certainly a candidate to go in a retained salary transaction. Bozak saw career-low ice time last season (15:19) but he is probably an ideal third-line centre at the right price on the right team, given his experience and elite ability to win draws, and the dearth of centres on the free agent market this off-season. 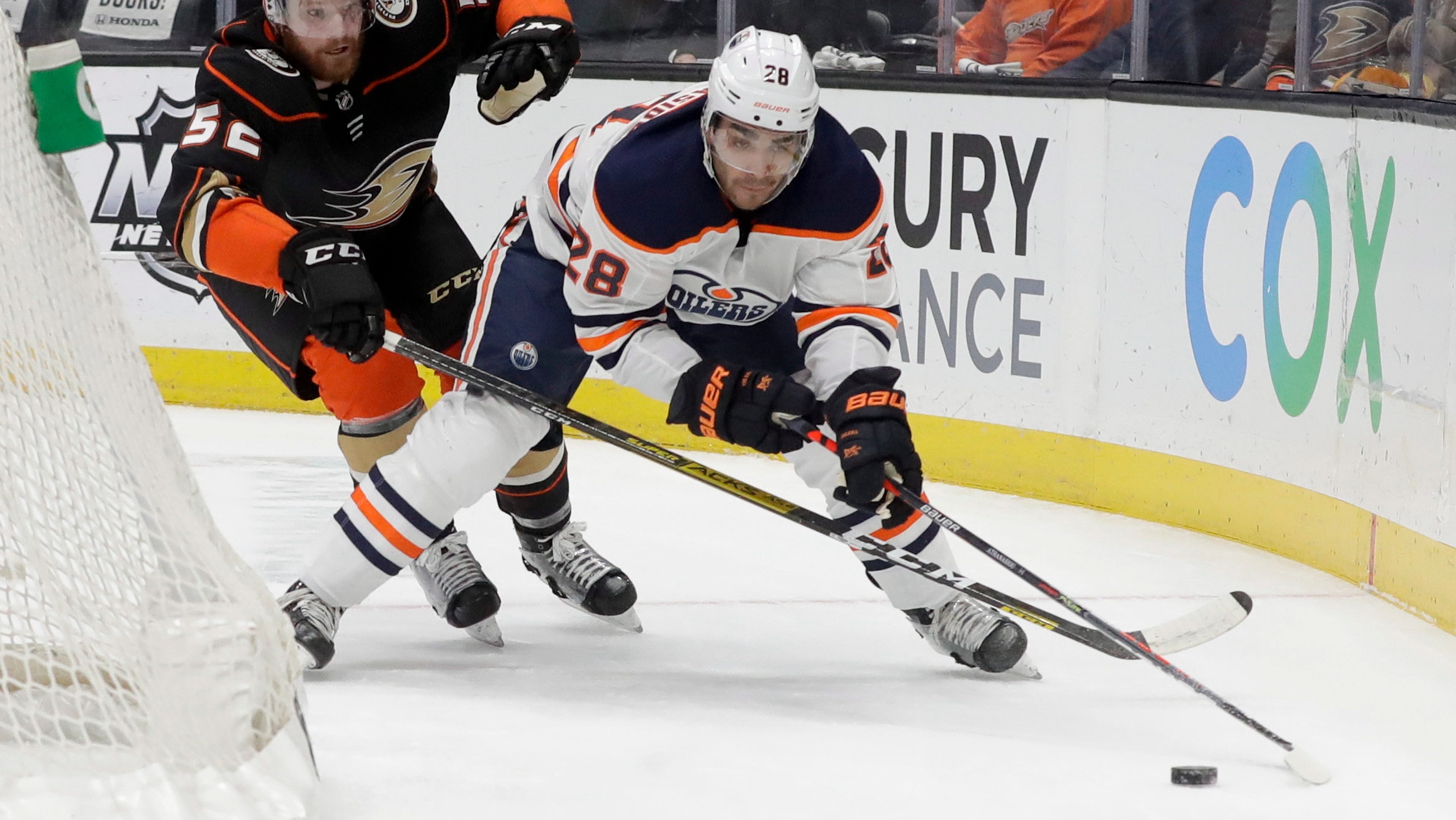 Scoop: The Oilers are seeking to move Athanasiou before he is due a $3 million qualifying offer by Oct. 7 at 5 p.m. ET – a minimum price that Edmonton cannot afford to pay. Athanasiou is always intriguing because of both his speed and his 30-goal season, but he certainly didn’t produce for the Oilers in a limited 13-game showing (including a qualifying-series loss). Oilers GM Ken Holland is between a rock and a hard place on this one. Holland gave up two second-round picks for Athanasiou at the deadline. Now, teams are thinking he’ll let Athanasiou walk for nothing in the absence of a QO, limiting the return on a trade for his rights. 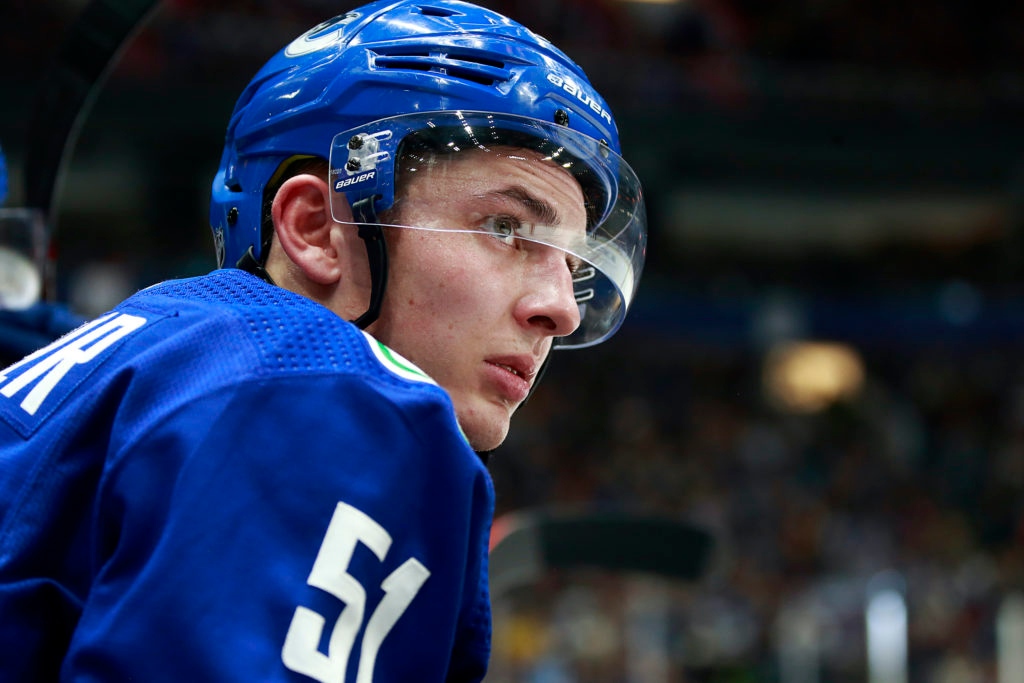 Scoop: Stecher falls into a very similar category as Athanasiou in that he’s due a $2.325 million qualifying offer from the Canucks as a restricted free agent. Without one, he will become an unrestricted free agent. The difference is that the Canucks like Stecher and would like to find a way to keep him, but a longer-term commitment might not be in the cards with their other salary cap constraints and the pipeline of young defencemen that will be knocking on the door for roster spots in training camp on cheaper, entry-level deals. There is also some question as to whether GM Jim Benning may be asked by ownership to field a team at a lower internal budget number. 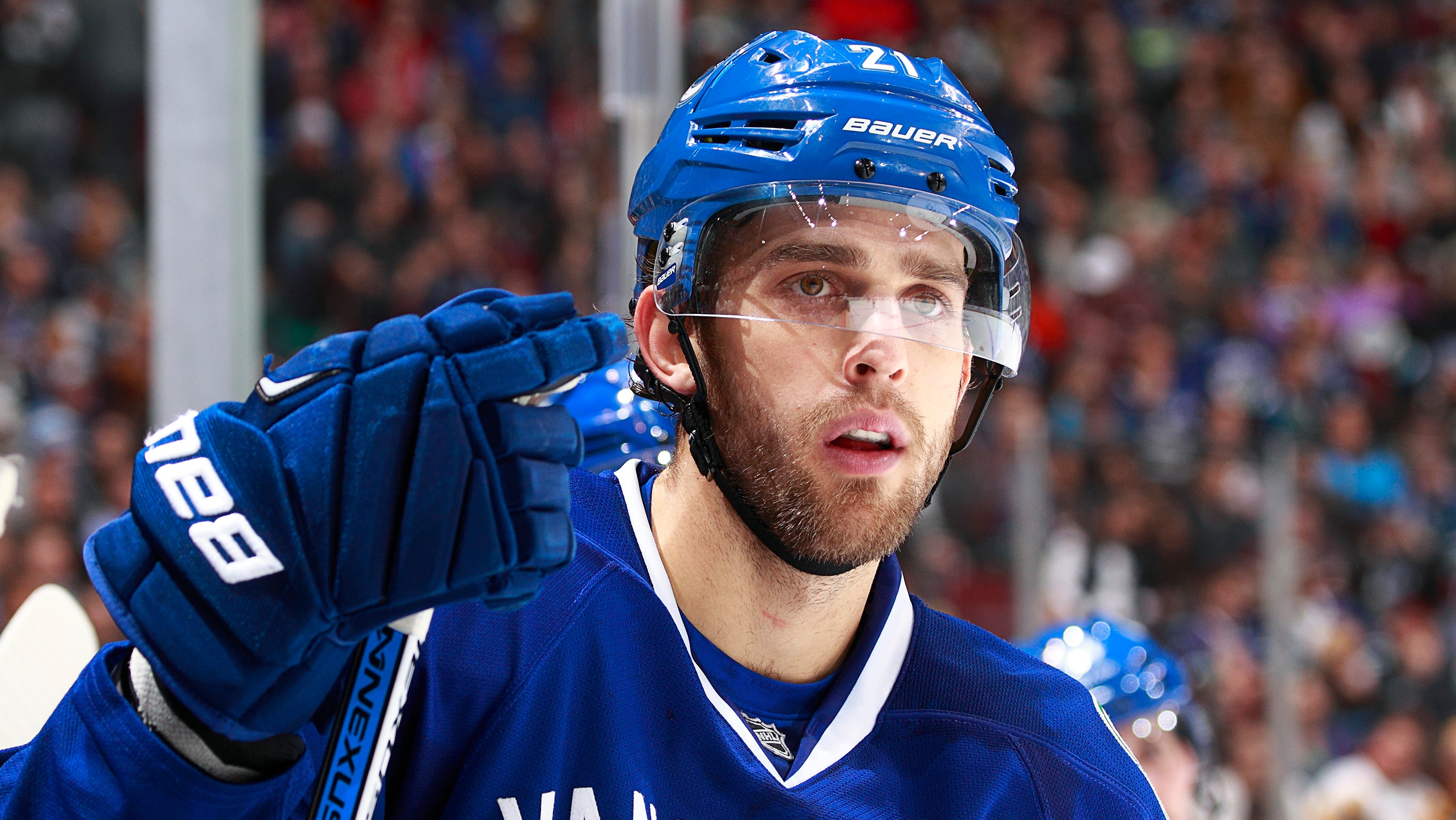 Scoop: Loui Eriksson has put a stranglehold on the Canucks’ cap situation as their highest-paid forward, at least until Elias Pettersson inks his well-deserved second contract. Eriksson is a candidate to be dealt, owed just $5 million in real dollars over the next two years. But Sutter is also a distinct possibility and could be an easier route to move money if the Canucks can stomach retaining a bit of salary. Sutter’s offensive production has plummeted, and he’s struggled to stay healthy, but he plays a playoff-style grinding game and Vancouver could find a suitor for that. 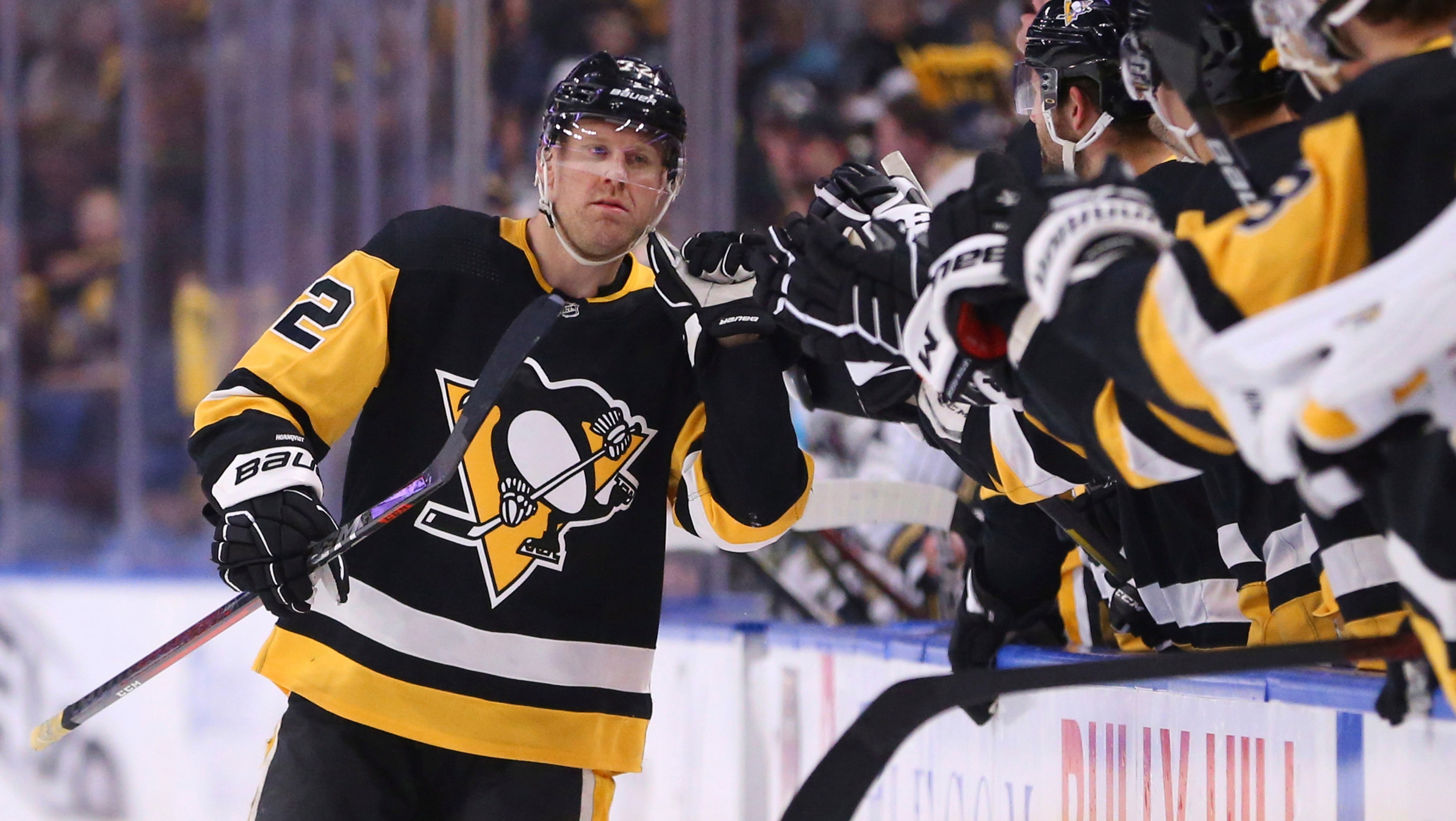 Scoop: Penguins GM Jim Rutherford said he would continue to attempt to move money – to both make an internal budget work and be able to go after free agents on Oct. 9. Hornqvist would seem to be the odd man out as a $5.3 million third-line winger. The 2017 Stanley Cup-clinching scorer is a legit 20-goal candidate and still skates well. The issue will be the term remaining on his deal at three years. The Pens have been willing to retain salary to move players and that might need to be the case again. 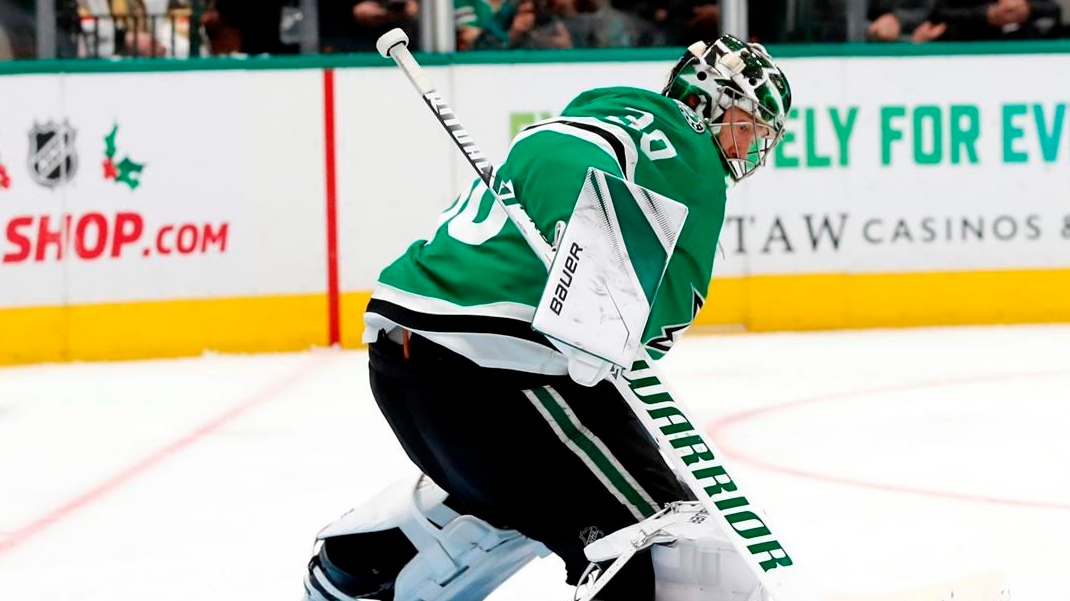 Scoop: Bishop could be an interesting addition to the NHL’s game of goaltending musical chairs this off-season. The Stars need to re-sign Denis Gurianov, Roope Hintz and Radek Faksa, a mega extension looms for Miro Heiskanen, plus GM Jim Nill has expressed his affinity to re-sign playoff hero Anton Khudobin. Where does that leave Bishop? Two years ago, he was the runner-up for the Vezina. He is a three-time finalist, one of the best regular-season goalies in the last decade. But he also seems to be injured when it matters most. The Stars should be able to find a taker with just $8 million owed in real cash over the next three seasons if they are interested in rebooting in net. 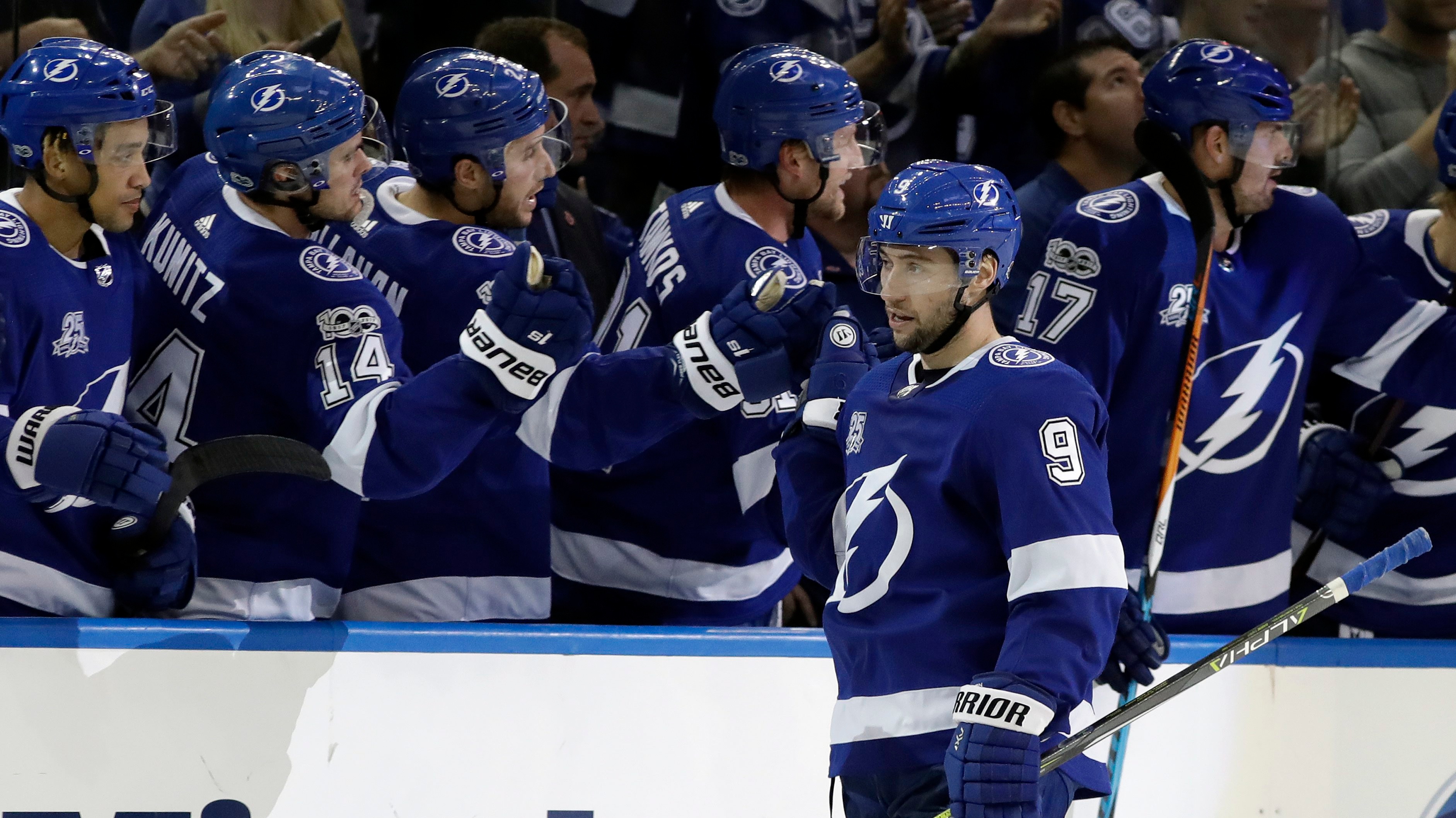 Scoop: Pick one, whether it’s Johnson, Alex Killorn, Ondrej Palat or maybe even Yanni Gourde. One of the Bolts’ high-priced forwards has to go. They can’t afford to keep them all. Johnson has been in this position before and J.T. Miller was the one outbound. Johnson has a full no-trade clause, but he has some cost certainty for the next four seasons and can make another team better. 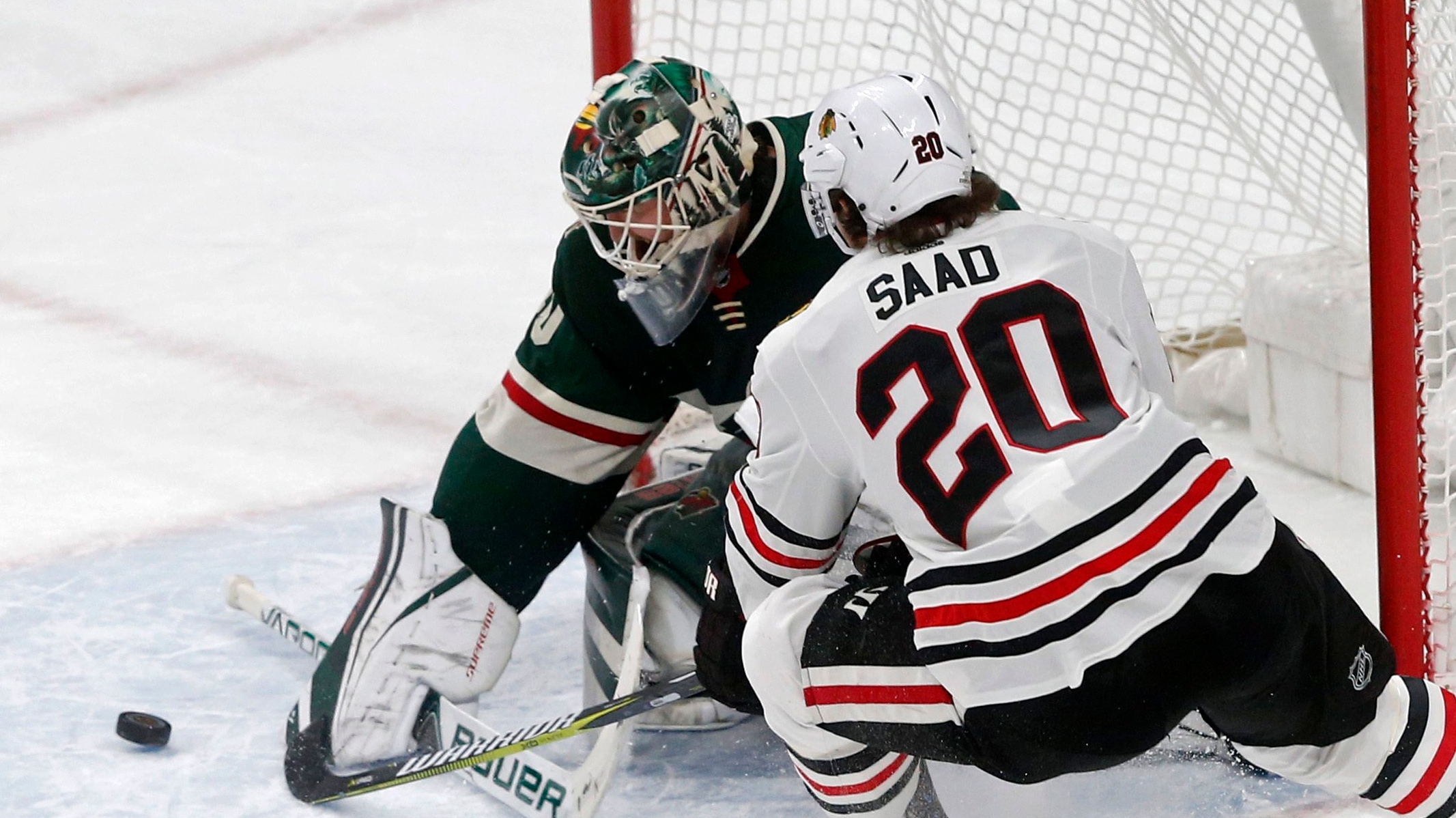 Contract: One year at $6 million AAV

Scoop: Saad has produced goals at almost exactly the same rate as in his first stint in Chicago, when he helped the Hawks to two Stanley Cups. But it doesn’t seem like necessarily the same juice is there after returning from Columbus. Chicago also has $73 million committed already to next year’s salary cap and they need a starting goalie, plus new deals for Dominik Kubalik and Dylan Strome. That doesn’t leave a lot of wiggle room, unless Saad’s $6 million hit can be moved. If he’s a player the Hawks decide they are not re-signing anyway, now would be the time. 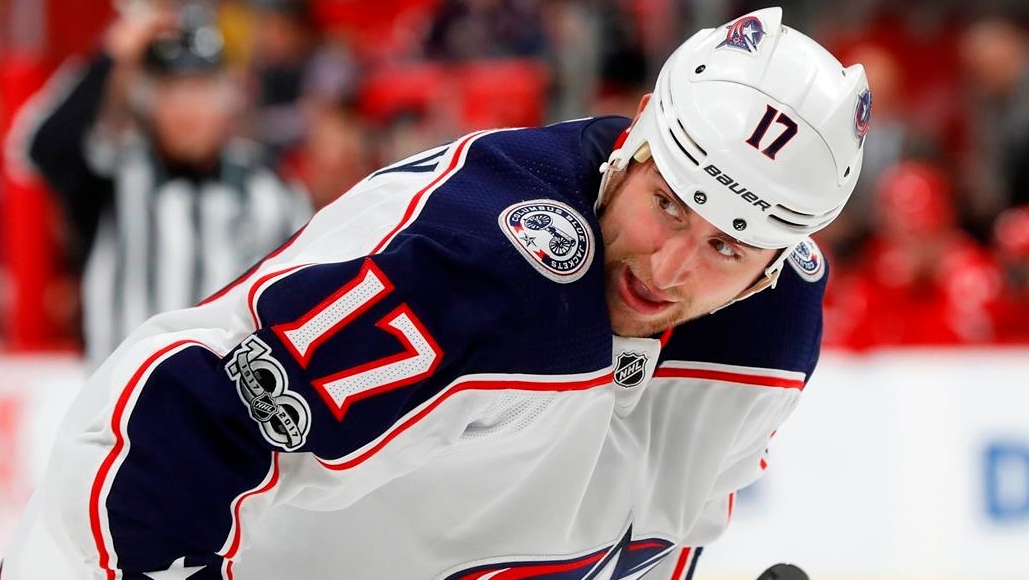 Scoop: Dubinsky’s career is likely over due to a chronic wrist injury, but that hasn’t stopped teams from inquiring with the Blue Jackets about his contract. His contract is covered by insurance, so the $5.85 million he is due in real salary will require no financial outlay. His contract could be of value in three ways: to a team looking to get to the salary cap floor, to a team looking to manipulate the cap using LTIR, or to a team with extra space looking for a draft pick if the Blue Jackets want to clear space and not use LTIR.