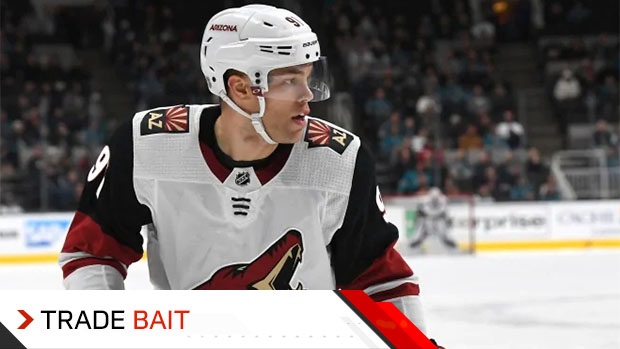 With Arizona sitting outside of the playoff picture, it was a question worth asking: Would GM John Chayka consider flipping Taylor Hall at the Feb. 24 deadline if the season continued to spin sideways?

The answer is no, according to TSN Hockey Insider Pierre LeBrun.

LeBrun reported Tuesday that the Coyotes remain intent on trying to sign Hall to a long-term contract extension, even though Hall and agent Darren Ferris have remained steadfast in that they will not engage in negotiations during the season. Hall reportedly met with owner Alex Meruelo in Montreal on Sunday night and that plan remains unchanged.

The Coyotes acquired Hall on Dec. 16 from New Jersey in exchange for a top three-protected first-round pick, a conditional third-round pick, as well as prospects Kevin Bahl, Nick Merkley and Nate Schnarr.

Hall has largely lived up to his end of the bargain with 20 points in 23 games. But the Coyotes have struggled to score, they’ve missed All-Star netminder Darcy Kuemper due to injury, and they’ve stumbled to a 9-11-3 mark since Hall arrived.

LeBrun reported Chayka is comfortable with the risk – of Hall potentially walking to free agency in the summer and the Coyotes missing the playoffs despite a significant outlay of assets to acquire him. The Coyotes remain right in the playoff mix, entering Tuesday night's action just outside of the final wild-card spot based on points percentage. They are also just five points away from first place in the Pacific Division.

Chayka admitted it was a “gamble” on the day he acquired Hall and that hasn’t changed. We’ll see if it pays off.

Here are 40 players potentially in play on TSN Hockey’s latest Trade Bait board, which always seeks to blend a player’s prominence with his likelihood of a trade: