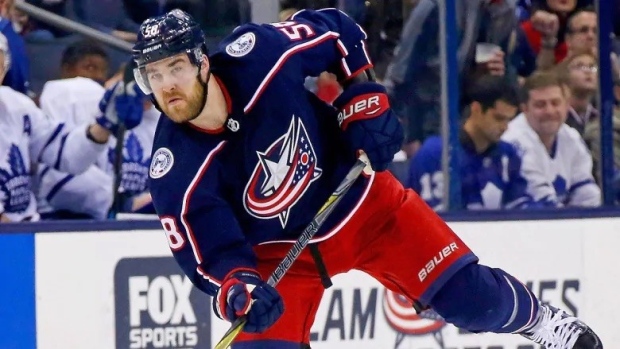 Six weeks away from TradeCentre, the NHL’s Stanley Cup contenders certainly will be.

That’s because Columbus defenceman David Savard might be the missing link on a contending team’s roster.

Just ask the Toronto Maple Leafs’ forwards, who got a heavy dose of the hulking Savard and fellow Blue Jackets blueliner Vladislav Gavrikov in their five-game qualifying round series.

Savard is part of the quartet of top-four defencemen that make up the top four spots on the first TSN Trade Bait board of the season. Savard, 30, is a pending unrestricted free agent who checks in at No. 2 behind only Nashville’s Mattias Ekholm, who is the same age but has one year remaining on his deal, which could fetch a higher return than a pure rental.

Savard made life miserable for the Maple Leafs last August, a right-shooting defenceman whose minutes always rise in the playoffs when games matter most.

So, he will be in demand. The only question is whether Kekalainen – who has a history of playing out contracts to their completion – will pull the trigger before the deadline.

But the fact that this season has been a real disappointment in Columbus, with the Blue Jackets sitting seventh out of eight in the Central Division based on points percentage, plus the lack of meaningful extension talks with Savard, should indicate where this is heading.

Here’s the first TSN Trade Bait board of the season, which always seeks to blend a player’s prominence with his likelihood of a deal (Note: 'Years' column indicates how many years are left on the player's contract after this season):