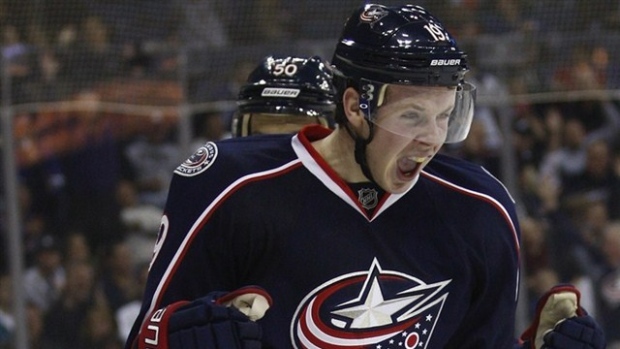 With the holidays arriving, shopping season is upon us — for NHL general managers, too.

Thanksgiving in the United States has traditionally marked the time trade talk begins to percolate in the NHL. The first quarter of the season is already in the rearview mirror. Managers now firmly grasp the identity of the team they have assembled, and more importantly, can better determine what they need moving forward.

Last year, 10 trades were consummated between U.S. Thanksgiving and Jan. 30.

This fall, at least two major players linger in the water as trade bait — the Islanders’ Travis Hamonic and San Jose’s Patrick Marleau — mostly because they are the ones doing the fishing.

Hamonic, 25, requested a trade from the Islanders before the season started because of a family matter. The details only came to light last week.

Marleau, 36, did not necessarily request a trade out of San Jose, but reportedly told GM Doug Wilson he will waive his no-trade clause to accept a move to certain destinations.

TSN Hockey Insider Darren Dreger reported on Tuesday, the Columbus Blue Jackets are listening to offers on forward Ryan Johansen. According to Dreger, Johansen is “softly” in play, as teams have called GM Jarmo Kekalainen to gauge his availability and Kekalainen is “not dismissing the interest.”

Johansen, 23, is a true No. 1 centre who posted 71 points in 82 games last year. There seems to be shades of Ryan O’Reilly’s exit from Colorado in Johansen’s struggles in Columbus.

In 2013, negotiations between the Avalanche and O’Reilly - then 22 - soured to the point where O’Reilly held out. He eventually signed an offer sheet with the Flames. Colorado matched, but the tone was set for his exit last summer.

Johansen held out of training camp last year and Kekalainen was publicly critical of negotiations, saying the deal shouldn’t be about “setting a new standard” for players leaving their entry-level contracts.

Johansen signed a three-year, $12-million deal, missed most of training camp and then had a career year. While the two sides appeared to come to an amicable conclusion, there may be some enduring discord there.

Although his cap hit is $4 million, Johansen’s real salary is $6 million next season in the final year of his deal. That means any qualifying offer for 2017-18 must match that $6 million in order to keep him as a restricted free agent.

Johansen underwent medical tests and examinations in October after citing a “lack of energy,” which caused him to miss two games. He hasn’t exactly gotten off on the right foot with new coach John Tortorella either after a demotion to the fourth line on Saturday night.

Elsewhere, trade talk has not heated up around most of the pending unrestricted free agents. Potential candidates for trade include Dustin Byfuglien, Eric Staal, Cam Ward, Jiri Hudler, and Radim Vrbata.

In the case of Staal, even if the Hurricanes are not interested in re-signing him, he still holds a full no-trade clause and may not want to uproot his family during the season. It is a situation worth watching in Carolina.

Here are some other names that could be in play, with TSN’s first trade bait board of the season:

* - Calgary or Ottawa could move one defenceman, but not likely both.