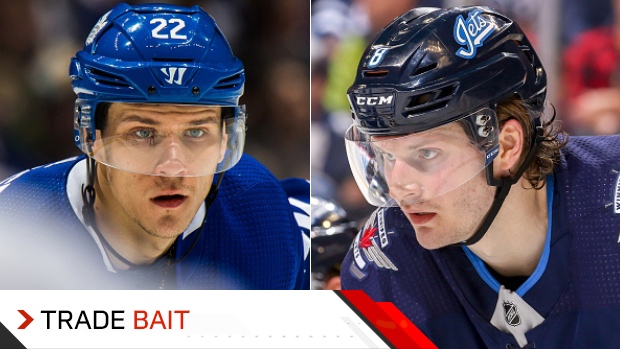 ST. LOUIS — The calendar has not yet flipped to June and trade talk is already heating up around the NHL – nearly three weeks before the league is set to descend on Vancouver for the draft.

“That will be our goal, to try and find a fresh start for him – for his own personal and private reasons,” Dubas said Thursday.

And the Winnipeg Jets have engaged in dialogue with multiple interested parties about restricted free agent defenceman Jacob Trouba – with more potentially joining the mix as teams conclude their pro scouting meetings this week.

All four of those players could well be on the move – which is why they sit atop the latest TSN Trade Bait board. Yep, there is some real sizzle with that steak.

Leafs Nation will naturally raise an eyebrow at Marner’s inclusion on this list. Indeed, it remains highly unlikely that the Maple Leafs will move Marner. Dubas told NHL.com on Thursday that he was “not afraid to say that Mitch holds a special place in the cosmos of our group.”

Re-signing the RFA, their leading scorer for two seasons in a row, is unquestionably the Leafs’ No. 1 priority. Dubas met with Marner’s agent, Darren Ferris, again on Wednesday at the Scouting Combine in Buffalo.

The belief all along is that the Markham, Ont., kid loves playing for the hometown Leafs. However, there is no question that Marner and his camp want to make sure he is compensated commensurately in that cosmos. The alarms aren’t sounding yet.

But are Marner and his camp intent on getting to the June 26 window where other teams can begin pitching restricted free agents on offer sheets? Some seem to think so.

If so, and given the undercurrent that seems to be swirling, there is the potential that this negotiation could grow contentious. If talks were to go off the rails, then, it’s at least within the realm of possibility that trade options have to be explored.

Those pressure points are still a long way off and Dubas said he is “continuing to stay on it” and vowed to “not let it slip.”

Until then, it’s certainly a situation that bears watching.

With that, here is the latest TSN Trade Bait board, which always seeks to blend a player’s prominence with his likelihood of a trade: