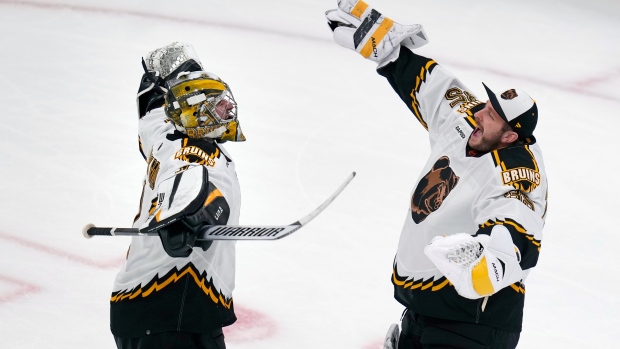 In recent years, the National Hockey League has instituted a miniature break around the Christmas holiday. The break has become one of the notable milestones in the regular-season schedule – most teams have completed between 40 and 45 per cent of games, and consequently, we start to build confidence in the playoff prospects of all 32 teams.

How much confidence we should have at this juncture is an interesting question, but we can lean on historical data to estimate how frequently teams seated in playoff positions at the Christmas break go on to qualify for the postseason.

We can also differentiate between playoff teams. Looking at this year’s standings, you would be foolish to bet against a team like the Boston Bruins (currently playing at a 141-point pace; first in the NHL), who have banked an extraordinary number of points.

Compare that to the Colorado Avalanche, defending Stanley Cup champions. We might love everything about the organization and the talent on-ice, but injuries have crushed their performance early on, and their 92-point pace puts them in a much more precarious position than anyone expected.

What’s different about the Christmas holiday is the confidence we have built in the top tier of teams. With an extra month of games played, the likelihood – or the certainty we have – in the quality of teams at the top of the NHL standings is strengthened.

If we look at the past 15 years of 82-game regular seasons, we can see how difficult it is for a team outperforming early in the season to miss the playoffs. In fact, if you are a top-five team in the NHL by the time the Christmas holiday rolls around, your playoff qualification rate is 100 per cent.

The graph below shows playoff probability by seed at the time of the Christmas holiday: 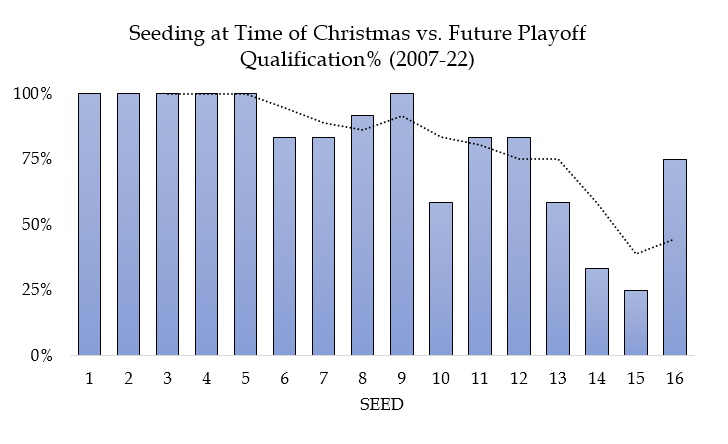 Using this data in the context of the approaching holiday, we can make some reasonable assumptions about the top performers of the 2022-23 NHL season.

Though we are still a couple of weeks out from Christmas, a categorization exercise using the historical data would establish some tiers of confidence in relation to the likelihood of playoff qualification. 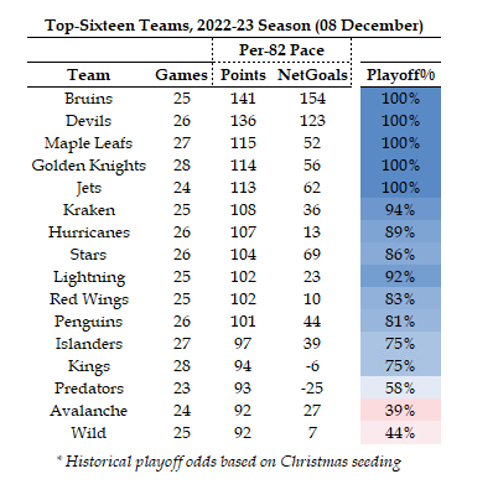 In the Western Conference, we should be exceptionally sure to see the Vegas Golden Knights come playoff-time, but the Winnipeg Jets and Seattle Kraken have positioned themselves similarly well. What a story that would be for both of those franchises – the Jets returning from a one-year playoff hiatus under new head coach Rick Bowness, and the Kraken qualifying for their first postseason ever.

As for teams like the injury-riddled Colorado Avalanche and Minnesota Wild? It’s time to start banking points, or they are going to be one of those four teams we can expect to see pushed out of the playoff picture by season’s end.