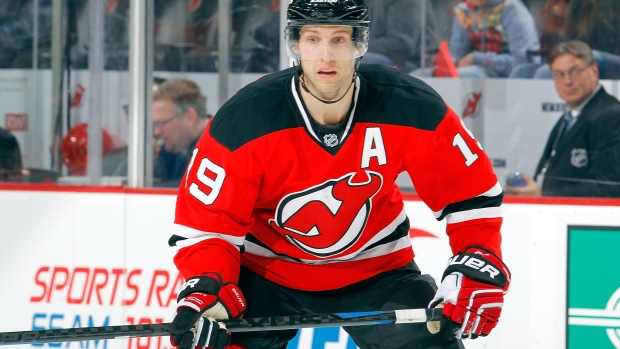 Travis Zajac signed a one-day contract with the New Jersey Devils on Monday to retire with the team he spent 15 seasons with during his NHL career.

Zajac, who was selected 20th overall in the 2004 NHL Draft, had spent his entire career with the Devils before being traded to the New York Islanders at the trade deadline last season. He had eight goals and 20 points in 46 games between the two teams, adding one goal and one assist in 14 playoff games with the Islanders.

The 36-year-old is joining the Devils front office with an on/off-ice player development and consulting role, while also working to grow the club's youth hockey initiatives.

Travis Zajac calls it a career.
But he’s just getting started in Jersey.

"I was drafted in 2004 and played my first game in 2006. As I stand here nearing the end of 2021, I can only be grateful to sign one last time, and retire as a New Jersey Devil," Zajac said in a team release.

Zajac had 203 goals and 552 points over 1,037 career games. He ranks fourth in Devils history in games played and third in goals and points behind John MacLean and Patrick Elias.

"Everyone in the NHL appreciates that Travis Zajac's work ethic and style of play were reflective of the New Jersey Devils," general manager Tom Fitzgerald said.  "His training, discipline and focus rubbed off on every player who walked into that locker room over his 15-year career.  I look forward to Travis working with our organization, on his terms and his timeline, in a manner that influences future Devils in the same manner when he played.  We are ecstatic to know we will see the Zajac family around the Prudential Center rinks for years to come."