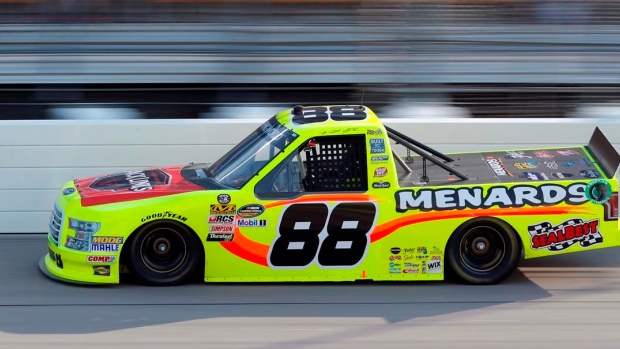 Hattori Racing Enterprises informed Moffitt it will hire a driver who can bring funding to the team next season. Team owner Shige Hattori had sponsorship woes that threatened to shut his team down at various points during the season.

The team survived and Moffitt won the Truck Series championship last month. Even in that championship celebration, Hattori was clear he could not bring back Moffitt unless the team found outside funding. The funding will come from a yet-to-be-announced driver who is bringing his own financial backing.

Hattori said Wednesday the team faced "numerous challenges in getting to the racetrack each week" in 2018 and will celebrate the championship in this weekend's awards ceremony. He added he hopes the results of Moffitt and the team "benefit all of us in the future."