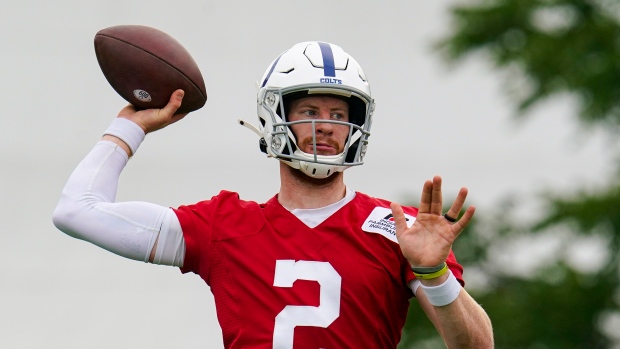 In this AFC South preview we’ll dive into why there’s value in taking Tennessee to miss the playoffs, Indianapolis’ chances of winning more than 8.5 games, Trevor Lawrence’s Offensive Rookie of the Year odds, and why we should fade Houston this year.

Every season a few teams that made the playoffs in the previous year fall out and new teams enter. This year, the Tennessee Titans might be one of them. On offence, this team scored the fourth-most points in the league last season, thanks in large part to a historically good 2,027 yards and 17 touchdowns on the ground from Derrick Henry. And at wideout they added seven-time Pro Bowler Julio Jones to flank A.J. Brown. The issue with the Titans comes on defence. Tennessee ranked 28th in yards allowed, 29th in passing yards allowed, 30th in sacks, 30th in red zone defence and 24th in points allowed last year. Linebacker Bud Dupree and cornerback Janoris Jenkins have been added on defence, and Tennessee was very defence heavy at the draft. But I can see a season playing out where the lack of depth on the defensive side of the ball, and even the slightest regression to the mean on offence, could lead to a rough season for Titans fans. On top of that, Tennessee won just three games against teams with winning records last season, and went 7-2 in one-score games. I would like this number a lot more if it were closer to +150, but +130 the value still seems good enough for me to take a stab at a team with a vulnerable defence to miss the playoffs.

The Colts went 11-5 last season with Phil Rivers at quarterback. There, preview over. Take over 8.5 wins.

Fine, let’s dive into why. You don’t need me to remind you that Carson Wentz and his old offensive coordinator, Frank Reich, have been reunited in Indianapolis. Wentz went a combined 18-11 with 49 touchdowns and 21 interceptions in the 29 games he played with Reich as his OC in Philadelphia, and he’ll look to regain that form with Reich now taking the role as his head coach. On the ground the three-headed monster of Jonathan Taylor, Marlon Mack and Nyheim Hynes could be a major headache for all defences they face. That being said, the injury bug has already reared its ugly head in Indy with Wentz and Quenton Nelson dealing with foot injuries, while TY Hilton will miss at least the first three games of the season following neck surgery. On defence, the team returns a bulk of their unit that ranked 10th in scoring last season, which will help as the Colts open the season with two challenging games against the Seattle Seahawks and Los Angeles Rams. Still, despite a challenging schedule (fifth hardest in the league) Indy is projected to be a favourite in 11 games. If Wentz can return to the form of his 2017 NFL MVP season, and Indy can stay afloat during their early-season tough schedule, I expect this team to challenge for the division and go over the number of 8.5.

Does anyone really know what to expect from the Jacksonville Jaguars this season? A team that went 1-15 last season now shifts its hope to a rookie quarterback and a head coach who was very successful in the college ranks, but has never coached in this league before. I find myself intrigued by this Jags team and think they could once again open the season 1-0 as they travel to Houston to take on the Texans. That being said, their total of 6.5 wins scares me, so I'm avoiding it. For Trevor Lawrence, the weapons around him could be much worse. At running back he has James Robinson, who gained 1,400 yards from scrimmage and scored 10 touchdowns as a rookie. And at wideout, Marvin Jones Jr. was added to a group that already included DJ Chark and Laviska Shenault Jr., giving Lawrence a lot of talent to help make the transition to the league.

In 2019, Kyler Murray was drafted first overall and went on to win offensive rookie of the year as a +250 favourite, and  last season Joe Burrow seemed poised to do the same as well. The Bengals QB entered the season as the betting favoruite at +265 and was sitting at +150 heading into Week 11 before suffering a season-ending injury. A quarterback has won this award three out of the last five seasons, so if you’re a believer in Lawrence, now might be the time to jump on him at +400 before he lights up the league and his number drops.

I don’t have much to say about the Texans. Avoid them at all costs. Houston's best chance at a win comes in Week 1 when they host Lawrence and the Jags, after that ... good luck. They’ll be a small underdog in Week 3 against the Carolina Panthers, and host the New York Jets in November. Even if they win all three of those games they still need to take two off of the Cleveland Browns, Buffalo Bills, New England Patriots, Arizona Cardinals, L.A. Rams, Miami Dolphins, Seahawks, L.A. Chargers, San Francisco 49ers, the Titans and Colts. It’s just not going to happen. The only interesting thing about Houston this year is who they’ll be selecting with the first pick at the 2022 draft. Fade fade fade.