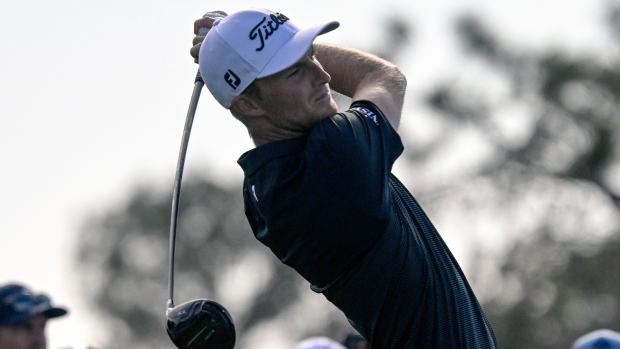 The PGA Tour heads to TPC Craig Ranch in McKinney, Texas, for the AT&T Byron Nelson for the second consecutive year.

If last year taught us anything about this course, it’s that approach play is even more important this week than at your average stop on Tour.

In 2021, there was only one course where Strokes Gained: approach correlated to success more than at TPC Craig Ranch.

Designed by major champion Tom Weiskopf, the course is very forgiving off the tee but puts a ton of stress on your second shots due to the size of the greens.

With greens on the bigger side of the scale this week, we will look for players who will be dialled in with their approach play and look to avoid the much-dreaded three-putt.

With the PGA Championship set to tee off next Thursday, I’ve decided to take a pass on many of the big names in the field this week.

Rory McIlroy and Hideki Matsuyama both teed it up the week before playing at the Masters this year. They both failed to make the weekend and followed that up by both finishing within the Top 15 at the game’s biggest event.

I’m not saying all the big names will fall off this week, but in such a deep field I think there is some value to be had with players lower in the rankings as I question how driven some of these top players will be, come Sunday.

With that in mind, let’s get to the picks.

At 25 years old, Zalatoris still has a lot to prove on Tour, with winning still being one of those things. The bugaboo for Zalatoris has always been his putter, and if you’ve seen him hit a putt within five feet, you know why. But the American appears to have figured something out and gained strokes putting in back-to-back events at the Match Play and Masters for just the third time in his career. Now he heads to TPC Craig Ranch with its Bentgrass greens, which has been his best putting surface throughout his career.

Adding a good-to-average putter to someone’s game who is capable of gaining at least four strokes on approach in an event, something Zalatoris has done 12 times in his past 27 measured events, unlocks the potential for not just a top-five finish but that illustrious first win.

It’s been quite the bounce-back season for Adam Hadwin. The Canadian has finished inside the Top 10 in three of his past four non-team events on Tour, something he did just four times in all of 2021.

The biggest reason for his turnaround has been his approach play. Hadwin has gained at least three or more strokes on approach in six of his last seven measured events.

While his -0.33 Strokes Gained: Off the Tee this season ranks 115th on Tour, the forgiving fairways in Texas should play into his favour and give him more opportunities to take advantage of his stellar approach game.

I want to embrace some volatility this week, and Talor Gooch feels like the perfect chance to do that. Gooch has been flat-out awful with the driver this year, and he’s lost strokes off the tee in eight of his last 11 measured events.

However, he has been able to contend despite the poor play off the tee. In those 11 events, Gooch has one win and five other Top 20 finishes. Despite being ranked 144th in Strokes Gained: Off the Tee, Gooch comes in at 27th Strokes Gained: Total and only three players on Tour this season have been better at avoiding three-putts.

If he can just keep the ball in play, something that shouldn’t be too hard to do at this course, I think he’s got great value at +410 to crack the Top 10.

We’ve established approach play was important at this event last year and will be important again this year. So, why not take a flyer on the player with the best strokes Gained: Approach in the field over his last 20 rounds?

Yup, that’s right, in a field with four of the top 10 players in the world and nine of the top 20, it’s Kurt Kitayama who enters with the best approach game – on paper – since March 1.

Kitayama is on a bit of a heater at the moment, finishing T2 in Mexico two weeks ago and T15 last week. Over those two weeks he’s gained more than 12 strokes on approach while adding another five off the tee. He’s doing all this a few months removed from a solo third at the Honda Classic, where he gained a career-best seven strokes on approach.

This week, I’m riding with a hot hand and look to cash on a third-straight Top 20 finish from Kitayama at +360.

2:30pm on a Monday afternoon and I can’t stop thinking about Kurt Kitayama at the Byron Nelson

Like Kitayama, Pereira’s strokes gained numbers have been off the charts lately.

Since the Genesis Invitational in February, Pereira has played six measured events on tour, and he has gained strokes on approach in five of those. Making the cut in all but one event and has finished inside the Top 20 twice. On top of that, he ranks inside the Top 40 on Tour this season in three-putt avoidance.