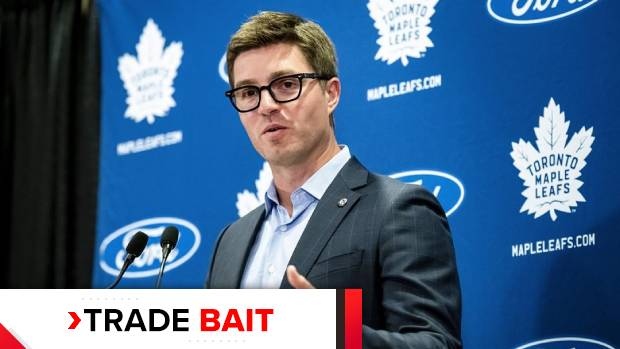 Over the last five NHL trade deadlines, there has been an average of 13 trades of significance in the month leading up to Deadline Day.

Just one week away from TradeCentre, there have been exactly two this season. Eric Staal is scheduled to make his debut on Monday night for Montreal after his March 26 trade from Buffalo for third and fifth-round picks. The Rangers dealt Brendan Lemieux the next day to Los Angeles for a fourth-round pick.

There is no shortage of limiting factors: the flat salary cap; that a shortened schedule reduces an acquisition’s impact; that nearly half the NHL is operating in long-term injured reserve; diminished financial incentive to win an extra playoff round with arena capacity restrictions; tightened internal team budgets; a looming Expansion Draft.

Then there is the list of firm buyers, which seems to be way down compared to a typical season.

Given all that, market prices for players have not yet seemed to adapt to those factors.

“Teams would like me to pay full freight, essentially normal historical trade deadline prices, for what amounts to a half tank of gas,” one GM said last week.

Patience seems to be the play. This is a buyer’s market – there is no doubt about that. And if these buyers are game theorizing, the acquisition prices surely must come down by next Monday at 3 p.m. ET, right? Or else the sellers will be left playing and paying pending free agents who almost surely won’t be returning to their team next season.

There also may not be much overlap or intersection between the needs and wants of the buyers, which could work in their favour. Given all of that, let’s reexamine our shrinking list of firm buyers and their needs ahead of TradeCentre:

1. Toronto Maple Leafs: GM Kyle Dubas has not been shy about his willingness to make a deal. The Leafs are willing to trade a top prospect - and more - to land their targeted fit at forward. The preference is for a versatile left winger who can play all over the lineup. Mikael Granlund, Kyle Palmieri, Nick Foligno and even Tanner Pearson would make sense. That is, unless, the prices remain unpalatable and Alex Galchenyuk is Toronto’s deadline addition.

2. Winnipeg Jets: It would be shocking if April 12 passed without the Jets adding to their blue line. Winnipeg would prefer a rental, all things being equal, and anyone with size and a bit of bite would fit nicely. If Mattias Ekholm is off the market, David Savard, Jamie Oleksiak, Josh Manson, Brandon Montour or Nikita Zadorov might fit the bill.

3. New York Islanders: GM Lou Lamoriello has the luxury of ample cap space, something almost none of his counterparts can boast, in his attempt to fill the void left by captain Anders Lee. Many believe the Islanders are interested in Taylor Hall, but Palmieri and Foligno seem to ooze the character and leadership Lamoriello desires.

4. Carolina Hurricanes: GM Don Waddell is on record with his wish list of a right-shooting defenceman (with term on his contract) and a depth forward. The Hurricanes have scoured the right-shot defence market, coming up with names that made for short conversations, but Carolina is ready and willing to wheel and deal.

5. Colorado Avalanche: There aren’t many holes on GM Joe Sakic’s squad. They’ve battled injuries all year to peak (no pun intended) at the perfect time, skating without a regulation loss since March 8 (12-0-2). The sense is Colorado would like at least one insurance piece for Philipp Grubauer in goal, plus a little more muscle on the backend.

6. Florida Panthers: The Panthers were a neutral trade deadline team a few weeks ago. But Aaron Ekblad’s season-ending injury has forced GM Bill Zito to consider a way to fill his void in the lineup. That’s easier said than done, particularly without much currency by the way of draft picks and prospects. Plus, it’s impossible to truly replace Ekblad. The Cats are nonetheless on a six-game winning streak and sit in second in the NHL in points percentage.

Deadline Cap Space Financiers: The Chicago Blackhawks, Detroit Red Wings and San Jose Sharks have all raised their hands as third-party trade brokers, willing to offer up cap space in exchange for assets in order to help facilitate deals.

And there is also the Seattle Kraken, with GM Ron Francis actively listening to teams with Expansion Draft concerns, advising them of the price to make certain deals ahead of July.