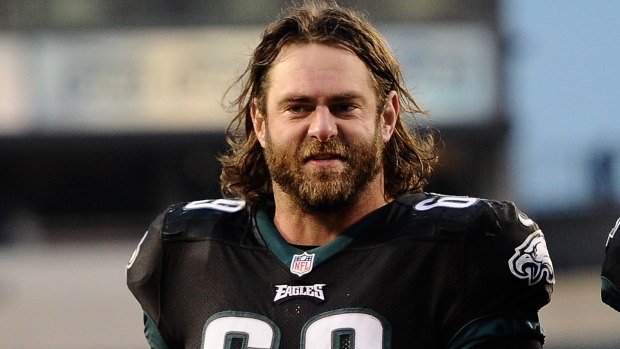 ENGLEWOOD, Colo. - Not long after praising his young offensive line Tuesday, Broncos coach Gary Kubiak welcomed two-time Pro Bowl guard Evan Mathis to Denver. The 11th-year pro agreed to a one-year deal that could be worth up to $4 million.

Suddenly, Peyton Manning goes from having three NFL novices protecting him to working behind a line with a top set of guards.

Mathis and Louis Vasquez were first-team AP All-Pros in 2013.

Mathis was a classic late bloomer, starting just 22 games for three teams (Carolina, Miami and Cincinnati) between 2005-10. He blossomed in Philadelphia, where ProFootballFocus.com rated him the league's top guard from 2011-13 and the second-highest last season, when he missed seven games with a knee injury.

Mathis made the Pro Bowl each of the last two seasons and has allowed just 5 1-2 sacks since 2011, the fewest among starting NFL guards in that span.

The Broncos were looking for more experience even though their young O-line has been a bright spot this summer. Denver has allowed just two sacks and only one of them with the starters on the field — at that, it appeared tight end Virgil Green missed his check on the play.

"I thought we played pretty good, we gave our quarterbacks plenty of time to work, thought the pocket was good, picked up the few blitzes we got," Kubiak said.

Despite four punts in four drives at Houston, Manning praised his O-line for handling the noise and the no-huddle. Osweiler, who started the first exhibition and also worked with the starters against the Texans, also had high praise for his line, saying, "We played two great defences and barely even got touched."

"Paradis has become the leader of the group. He's got everybody on the same page, he's playing really well," Kubiak said. "That was really an interesting battle between him and Gino as they worked, and I'm not saying it's over by any means, but my point is Matt has proven himself to be a leader up front."

And now he has Pro Bowlers playing on both sides.