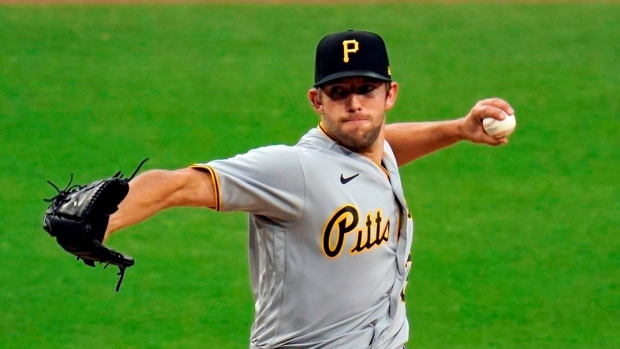 Tyler Anderson is on his way out of Pittsburgh, but he isn't heading where originally thought.

After multiple reports indicated Anderson had been traded from the Pirates to the Philadelphia Phillies in exchange for two prospects, Anderson is now being dealt to the Seattle Mariners pending physicals according to ESPN's Jeff Passan.

The Seattle Mariners are finalizing a deal to acquire left-hander Tyler Anderson from the Pittsburgh Pirates, sources tell ESPN.

The Pirates thought they had a deal today for Anderson with Philadelphia, but it fell through on medical review. Seattle went and got him instead.

The Athletic's Ken Rosenthal reported the deal original deal with the Phillies was held up because of an issue -- presumably medical -- with one of the two players heading back to the Pirates.

Right-hander Cristian Hernandez and catcher Abrahan Gutierrez were originally scheduled to head back to the Pirates in the deal.

Anderson is 5-8 in 18 starts so far this season for the Pirates, pitching to an ERA of 4.35 in 103.1 innings. He began his career with the Colorado Rockies in 2016 and played there for four seasons before spending last season with the Giants.

Anderson will be due about $1 million for the remainder of the 2021 season.