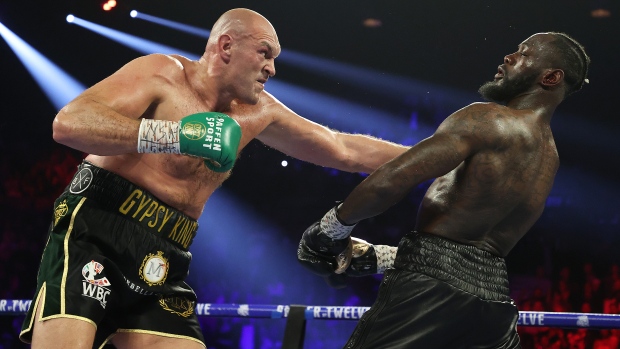 A COVID-19 outbreak in the camp of heavyweight boxer Tyson Fury will likely lead to the postponement of his July 24th trilogy fight with Deontay Wilder, according to a report by Mike Coppinger of ESPN.

Sources: Tyson Fury-Deontay Wilder 3 will likely be postponed after a COVID-19 outbreak in the heavyweight champ’s camp. No official determination yet on the fight proceeding as planned for July 24 in Las Vegas on ESPN+ PPV. Details:https://t.co/vp1mFuXMaR

The report states that no official determination has been made on the status of the fight or if it will proceed as planned.

“We continue to monitor the health status of Tyson and his team and the status of the event has not changed to date.”

“We continue to monitor the health status of Tyson and his team and the status of the event has not changed to date.”

Neither fighter has been in the ring since Fury earned a seventh-round TKO victory over Wilder in their rematch at MGM Grand Garden Arena on February 22.

Fury captured the WBC heavyweight title with the win.

Their first meeting ended in a split draw in 2018 at Staples Center in Los Angeles.

Fury was originally negotiating to meet Anthony Joshua in a unification bout, before an arbitrator ruled that Wilder was contractually owed a rematch after losing his belt in the February bout.