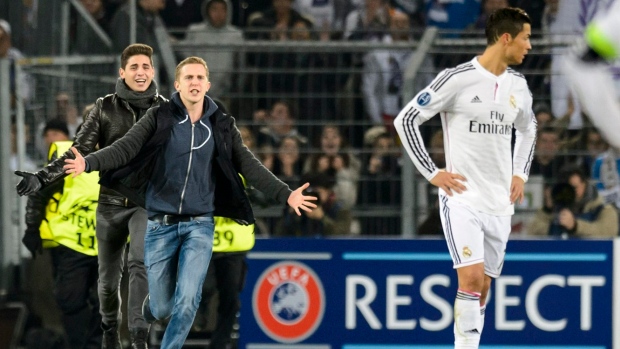 Fans and Ronaldo , The Canadian Press

Five spectators encroached on the pitch from different sections of the St-Jakob Park stadium in the 89th minute of Madrid's 1-0 win on Wednesday.

Play was delayed for about two minutes as three of the spectators were chased and caught by security staff. The other two spectators appeared to be filming the arrest of a fan wearing a Madrid shirt.

UEFA says its disciplinary panel will judge the case on Dec. 11.

In the first, Greenpeace activists abseiled from the stadium roof to protest competition sponsor Gazprom.