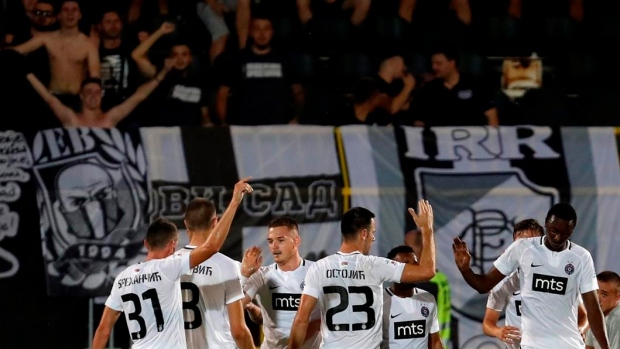 Partizan Belgrade will have to play its next two home matches in UEFA competitions behind closed doors because of the racist behaviour of its supporters during the 3-1 win over Turkish club Malatyaspor in the first leg of the third qualifying round.

Lokomotiv Plovdiv will have a partial closure of its stadium for its next home match following racist behaviour by fans during a 1-0 loss to French club Strasbourg.

European soccer's governing body has ordered Lokomotiv to close the Tribuna Sportclub sector and display a banner with the UEFA logo and the wording "#EqualGame."

The second leg matches are on Thursday.