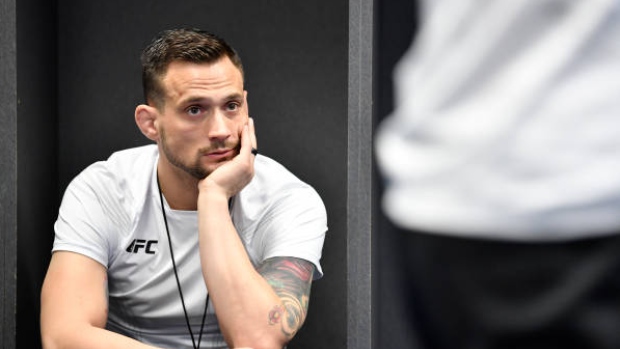 LAS VEGAS (AP) — UFC is banning fighters trained by a suspended coach during an investigation into suspicious betting regarding one of his fighters.

UFC said Friday that those coached by James Krause will not be permitted to compete in events during the probe. Krause was suspended Nov. 18 by the Nevada State Athletic Commission.

UFC said it was “cooperating with multiple ongoing government investigations” regarding Darrick Minner, who is coached by Krause.

Minner lost to Shayilan Nuerdanbieke by technical knockout at 1:07 of the first round in a UFC fight Nov. 5 in Las Vegas. UFC said in a statement that it was “informed by sources that suspicious betting patterns had been observed on the fight.”

Odds favoring Nuerdanbieke to win moved dramatically in the hours leading up to the fight, according to ESPN, which also reported that money came in because of rumors that Minner was injured.

“Along with the safety and health of its fighters, UFC believes there is no more important component of professional mixed martial arts than the integrity of the sport," UFC said in a statement. "Weeks prior to the Minner fight, the organization sent formal notification to all fighters and members of their teams that they and certain other defined ‘insiders’ were prohibited from wagering on UFC events.

"UFC will continue to take all necessary and appropriate steps to ensure compliance with and enforcement of its policies and those of the jurisdictions in which it operates.”