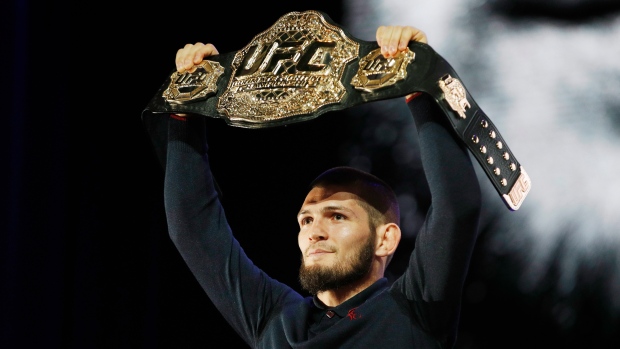 The UFC has confirmed it is going ahead with its Khabib Nurmagomedov versus Tony Ferguson title fight in April.

UFC 249 was originally scheduled for April 18 at Barclays Center in Brooklyn, N.Y.

The mixed martial arts promotion says the lightweight fight will be moved elsewhere in accordance with guidance issued by the New York State Athletic Commission and state restrictions on large public gatherings.

The UFC says location and venue for the 155-pound showdown will be announced later.

UFC fight cards in London, Portland, Ore., and Columbus, Ohio, have been postponed in recent days. A show in Brazil last weekend was staged behind closed doors.

This report by The Canadian Press was first published March 19, 2020.