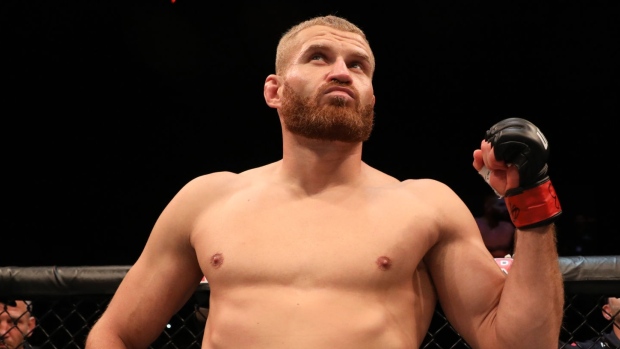 After recent outstanding performances from fellow light heavyweights Dominick Reyes and Corey Anderson, Jan Blachowicz and Ronaldo “Jacare” Souza had to make a statement if they aimed to enter title contention.

That statement never came as Blachowicz and Souza slogged their way through five uneventful rounds, resulting in a split decision victory for Blachowicz.

In the final two rounds of the bout, Souza landed only two significant strikes.

Souza moved up to the light heavyweight division after being unable to earn a middleweight title shot and with his 40th birthday next month, the likelihood of earning a UFC title shot is becoming exceedingly out of reach.

Blachowicz has won 6 of his last 7 bouts and could realistically earn a title shot in 2020 should he win impressively in his next bout.

Charles Oliveira continues to prove that he is one of the most dangerous fighters on the UFC roster.

Entering the bout as the UFC’s all-time submissions leader, Oliveira showed off his striking prowess for the second straight bout, scoring a first round knockout over Jared Gordon.

This was the sixth straight victory for Oliveira, all of which have come inside the distance, which according to UFC statistician Michael Carroll, is the longest such streak in the promotion.

“I never called out opponents, I have always accepted all the fights. But I think now it's time, that is the reason I called out Conor McGregor and Paul Felder - who is the last guy that beat me. I want to prove that I am part of the group of the best athletes in this division. I'm not injured, I am 100 per cent, I will be at the gym on Monday,” Oliveira said in his post-fight statement distributed by the UFC.

His 15th UFC finish puts Oliveira in second place for the most finishes in UFC history behind Donald “Cowboy” Cerrone who has 16 and at just 30 years of age, it’s a record that Oliveira should eventually secure and hold for a long time.

UFC Fight Night at Ginásio do Ibirapuera in Sao Paulo, Brazil had a sold out crowd of 10,344 attendees with an undisclosed gate.

Light heavyweight champion Jon Jones has been active on Twitter as of late.

On Thursday, Jones posted on the social media platform that his next fight would be in the coming weeks.

The only clue that he offered was that it would be against someone who had something in common with Ryan Bader and Daniel Cormier, both of whom were undefeated when they faced Jones.

The only candidate fitting that description is Dominick Reyes, who recently defeated former middleweight champion Chris Weidman via first round knockout.

Former middleweight champion Robert Whittaker is looking to stay busy and keep himself in the championship conversation.

Whittaker told Australia’s Daily Telegraph that he would like to face Darren Till, who recently defeated Kelvin Gastelum in the co-main event of UFC 244, in London this March.

The UFC has yet to release all of their events for the first quarter of 2020, but reports indicate that a trip to London early next year is being planned.

Till and Whittaker sparred on social media and verbally agreed to face one another at the event in what would likely be the main event given Till’s popularity in the region.

Whittaker dropped the middleweight title in a bout with Israel Adesanya at UFC 243 in Melbourne.