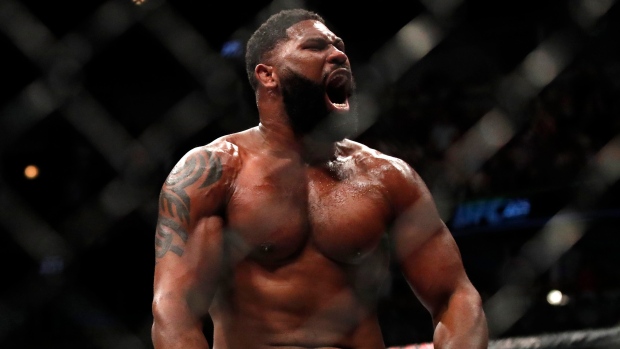 UFC's main event of Curtis Blaydes vs. Derrick Lewis for Saturday night has been called off due to a positive COVID-19 test, the promotion announced on Friday.

The scheduled co-main event light heavyweight bout between Anthony Smith and Devin Clark has been promoted into the main event slot and upgraded to a five-round fight.

According to the UFC, the bout between Blaydes and Lewis will be rescheduled for a future card.

Smith will be looking to snap a two-fight losing streak in the new main event.  He has lost his last two trips to the Octagon to Aleksandar Rakic and Glover Teixeira.

Clark enters the bout on a two-fight winning streak with victories over Alonzo Menifield and Dequan Townsend in his last two outings.

The event will take place at the UFC Apex in Las Vegas.