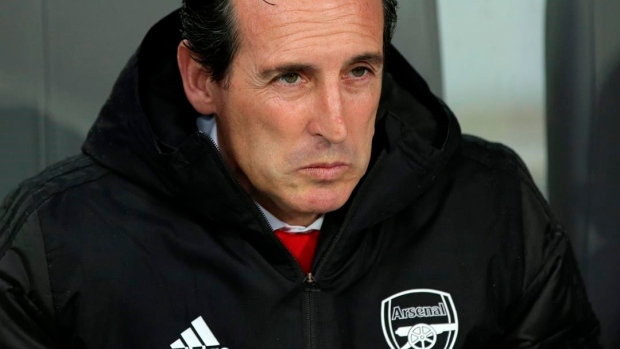 LONDON — High-ranking officials at Arsenal have told manager Unai Emery he is still "the right man for the job" but the team's results must improve.

Emery has come under pressure with Arsenal winning just two of its last 10 English Premier League games to fall eight points off the top four.

Arsenal's head of football, Raul Sanllehi, and its managing director, Vinai Venkatesham, told club staff at a pre-planned meeting they are "as disappointed as everyone else with both our results and performances at this stage of the season."

"We share the frustration with our fans, Unai, players and all our staff as they are not at the level we want or expect," they said in comments reported by Britain's Press Association. "Things need to improve to meet our objectives for the season, and we firmly believe Unai is the right man for the job, together with the backroom team we have in place."

Arsenal heads into the two-week international break on the back of losing at Leicester 2-0 in the league, making it one win from the team's last seven matches in all competitions.

Emery, who was hired as the replacement for Arsene Wenger in May 2018, recently took the captaincy from Granit Xhaka after the midfielder swore at fans as he was jeered following his substitution in a 2-2 home draw against Crystal Palace.