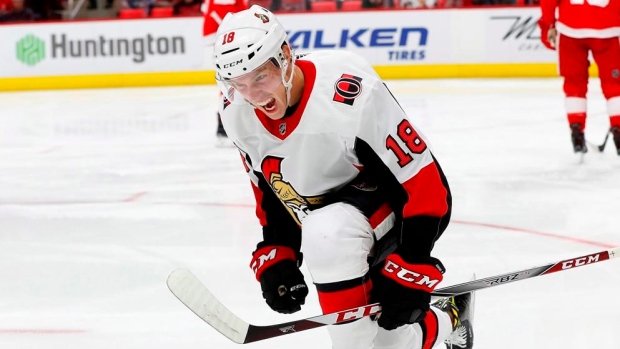 Owning a player in the midst of a breakout season can give you a serious advantage in fantasy hockey.

Their true offensive ceiling has not yet been fully established and therefore the sky’s the limit in terms of how many points they’ll have by season’s end.

Here are three players who are still predominantly available despite the success they’ve experienced so far.

Dzingel has been a pleasant surprise for the Sens this year. He recorded career highs in goals (23) and points (41) over 79 games last season and is well on his way to surpassing those numbers again. Through 43 games, the 26-year-old already has 17 goals and 32 points. He’s on the second power play unit but only seven of his 32 points have come on the man-advantage so far. If he starts consistently producing across all situations, he’ll be even more of a threat. He’s currently a member of the second line alongside Bobby Ryan and Jean-Gabriel Pageau and has been hot lately posting four goals and seven points over his last six games. The Sens are a long shot to make the playoffs so he’ll continue to receive top-six ice time as long as he keeps playing well. 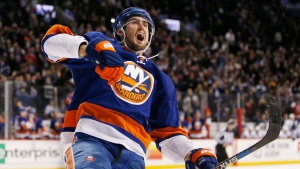 Nelson is criminally under-owned considering how productive he’s been this year. Through 42 games, the centre has recorded 15 goals and 29 points to go along with a plus-minus rating of plus-13. He’s firmly entrenched on the second line between Anders Lee and Jordan Eberle and has a spot on the top power play unit as well. The 27-year-old is roughly on pace to record a 30-goal, 60-point season which is far better than the 19 goals and 35 points he had last year. The Minnesota native does have a 26-goal season under his belt, but he’s never surpassed 45 points in a single year. Considering the lack of depth in the Isles’ bottom-six, his role seems safe going forward. 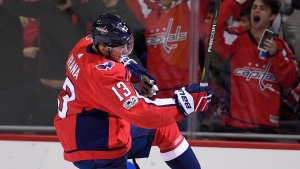 The Caps had high expectations for Vrana after taking him with their first-round pick in 2014 and those hopes seem to be coming to fruition. The 22-year-old played 73 games for Washington last season recording a very modest 13 goals and 27 points. The young winger has really found his stride this year, posting 15 goals and 25 points through 43 games. He also plays on the second line with Nicklas Backstrom and T.J. Oshie which is extremely appealing from a fantasy standpoint. He sees time on the second power play unit as well although only two of his 25 points have come on the man-advantage. It never hurts to own a part of the Capitals’ top-six and Vrana is your low-owned opportunity to do so.