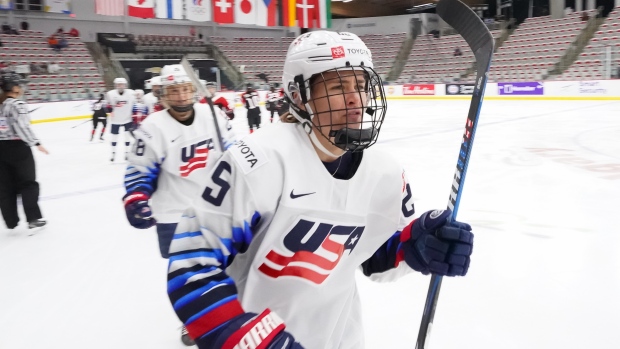 Alex Carpenter scored a pair of goals less than three minutes apart to give the USA a 2-0 lead over Canada after the first period of the gold-medal game at the Women's World Hockey Championship on Tuesday.

Carpenter opened the scoring for the USA at 9:55 of the first period, whacking home a rebound through the pads of Canadian goaltender Ann-Renee Desbiens to open a 1-0 lead.

Carpenter extended the lead with her second of the game 2:40 later on the power play, finding the puck through a crowd of bodies in front and firing it past a screened Desbiens.

The USA hold a slim 8-6 shot lead through one period.

The United States has won five consecutive gold medals at the women’s worlds, last finishing out of first place in 2012, in a 5-4 overtime loss to Canada.