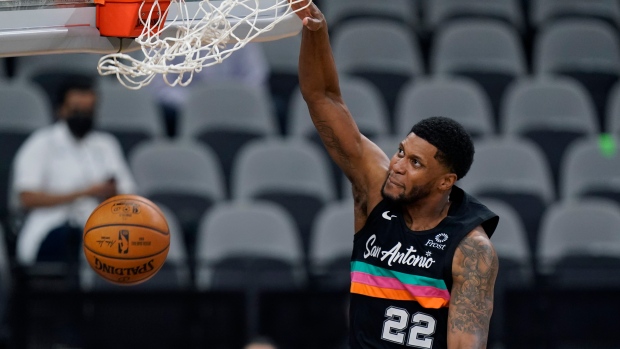 Rudy Gay is on his way to Salt Lake City.

The 34-year-old forward's agent tells ESPN's Adrian Wojnarowski that his client has agreed to a deal with the Utah Jazz.

Free agent F Rudy Gay has agreed to a deal with the Utah Jazz, his agent Raymond Brothers of @RocNationSports tells ESPN.

Gay, 34, is a veteran of 1,009 NBA games over 15 seasons with the Memphis Grizzlies, Toronto Raptors, Sacramento Kings and San Antonio Spurs.

Originally taken with the eighth overall pick of the 2006 NBA Draft out of Connecticut, for his career, Gay has averaged 16.8 PPG and 5.8 RPG.