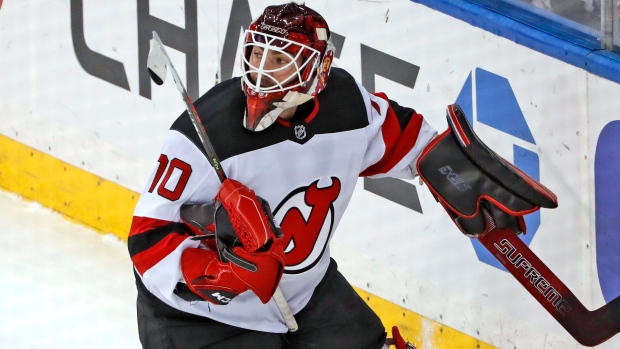 The New Jersey Devils have traded goaltender Louis Domingue to the Vancouver Canucks in exchange for goalie Zane McIntyre according to TSN Hockey Insider Bob McKenzie.

McIntyre has played in eight NHL games, all with the Boston Bruins, and has a .858 save percentage and 3.93 GAA in the NHL.