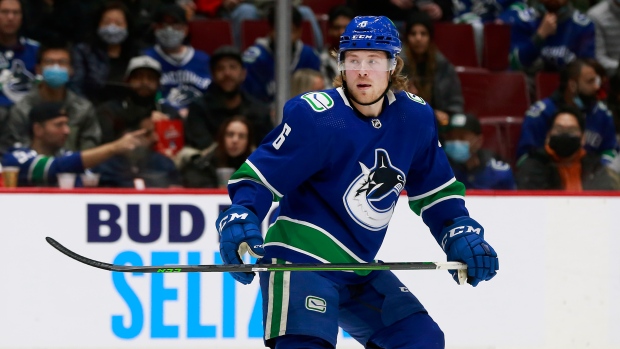 Vancouver Canucks forwards Brock Boeser and Phillip Di Giuseppe and a member of the team's support staff have been added to the NHL's COVID-19 protocol list hours before the team was scheduled to return to action after an extended break.

The Canucks were set to face the Ducks in Anaheim, Calif., on Wednesday night.

They haven't played since a 5-2 win over the San Jose Sharks on Dec. 16. gave them a sixth straight win under new head coach Bruce Boudreau.

Forward Alex Chiasson is the only other member of the Canucks currently in protocol.

Boeser has nine goals and 17 points in 28 games this season, including points in six of eight games this month.

Di Giuseppe has 16 points in 19 games with the American Hockey League's Abbotsford Canucks this season.

This report by The Canadian Press was first published Dec. 29, 2021.