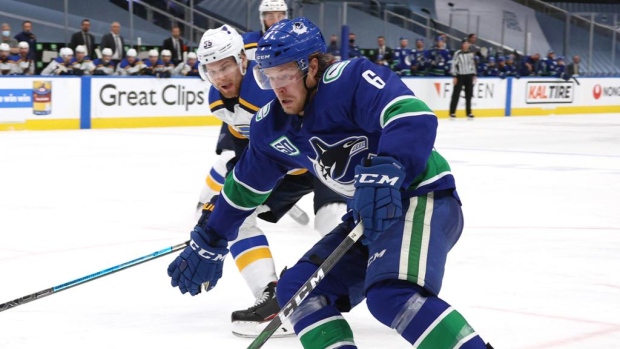 The Vancouver Canucks activated forward Brock Boeser on Tuesday and to make room for him on the roster, forward Nic Petan was placed on waivers.

The nature of the 24-year-old Boeser's injury was undisclosed by the team, but head coach Travis Green had previously said that he was expected to miss about a week of game time.

In 56 games last season, his fifth in the NHL, Boeser tallied 23 goals and 26 assists.

Petan, 26, signed a one-year, two-way deal with the Canucks in the summer. He spent the past two-plus seasons with the Toronto Maple Leafs organization.

In 136 career games over six seasons with the Leafs and Winnipeg Jets, Petan has six goals and 22 assists.

The Canucks visit the Buffalo Sabres on Tuesday night.