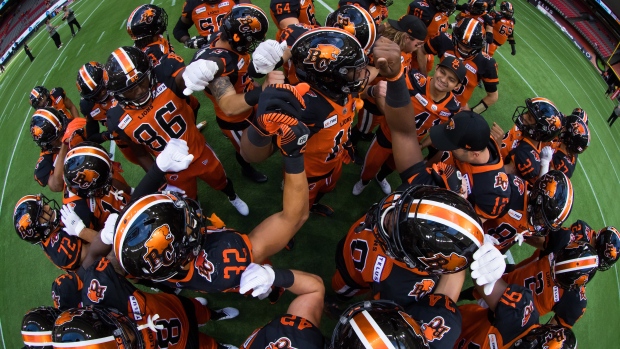 BC Lions , The Canadian Press

Vancouver Canucks owner Francesco Aquilini took to Twitter on Wednesday night to state he is not currently considering purchasing the BC Lions.

Thanks for the many suggestions we've had about buying the BC Lions, but it's not something we're considering at the moment.

Lions owner David Braley, who owned the Lions since 1997, passed away earlier this week at 79. Lions president Rick LeLacheur said Monday the club will work with Braley's estate in the coming weeks and months to determine what happens with the team.

LeLacheur added he had held conversations with potential owners recently, but uncertainty around the CFL's 2021 season complicates any sale.

“No one knows right now if we’re going to be playing a normal season, a partial season, with fans in the stands, with no fans, in a hub," he said. "There are so many things right now that could happen.”

Aquilini has served as a Canucks owner since 2004, when he bought a portion of the team, and became the full owner in 2006.