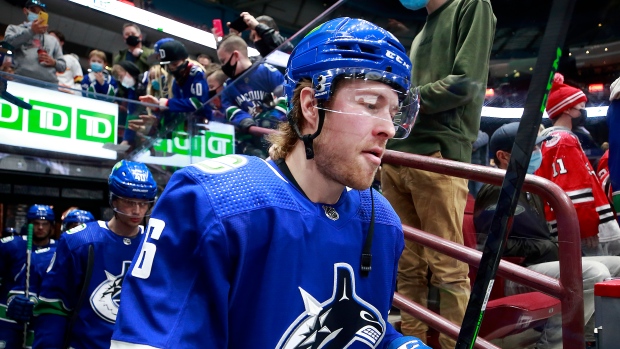 The team said Monday that Boeser was injured on the third day of the team's training camo in Whistler on Saturday.

The Canucks open their regular season in just over two weeks, on Oct. 12 against the Edmonton Oilers.

Boeser re-signed with the Canucks in July on a three-year, $19.5 million contract, which carries an annual cap of $6.65 million.