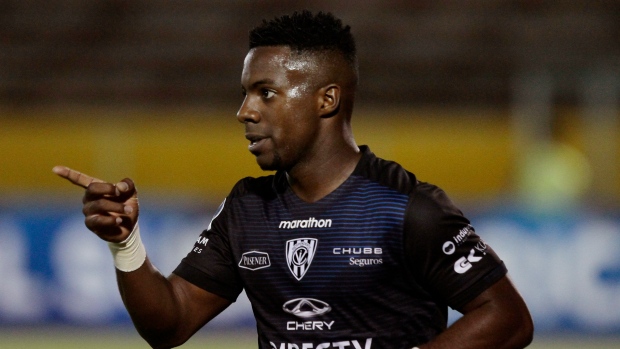 The 26-year old Colombian midfielder, who won the 2019 Copa Sudamericana on loan with Independiente del Valle of Ecuador last November while co-leading his side in scoring, has agreed to an MLS contract through 2021, with an option for 2022.

The transaction was completed with targeted allocation money.

The five-foot-eight, 155-pound Dajome, who turned professional in 2013 and played in his native Colombia until going to Ecuador, had nine goals and four assists in 39 appearances with his club last season.

"Cristian is an explosive winger, who can play on either side, and can be very dangerous in the final third,” Whitecaps head coach Marc Dos Santos said in a statement. "His work ethic and commitment to his team stood out in last year's Sudamericana and when we had the opportunity to acquire him, it was a sure thing in our minds."