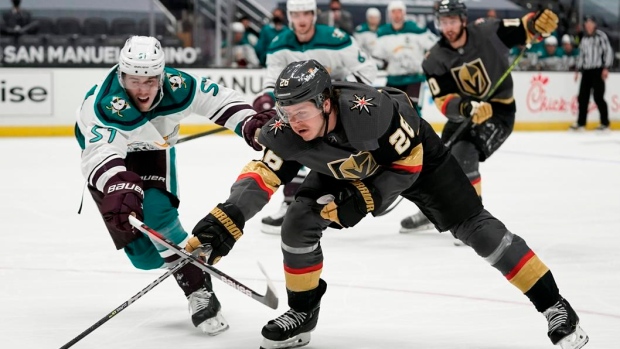 The 28-year-old split last season between the Chicago Blackhawks and Golden Knights, joining Vegas in a deal on April 12.

After recording 10 goals and nine assists in 41 games with Chicago to start the season, Janmark tallied one goal and four assists with the Golden Knights down the stretch of the regular season.

He recorded an additional eight points in 15 playoff games as Vegas was bounced by the Montreal Canadiens in the Stanley Cup semifinals.

Prior to last season, Janmark spent four seasons with the Dallas Stars after being selected in the third round (No. 79 overall) in the 2013 NHL Draft.