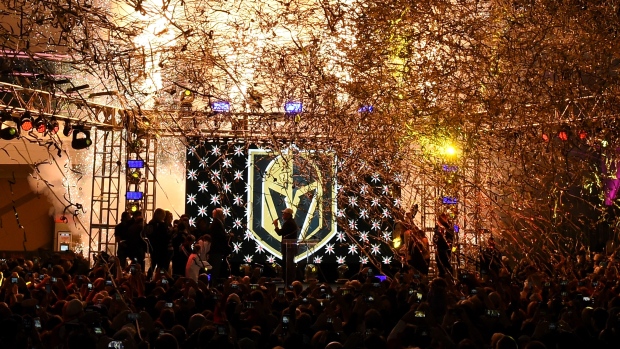 Two weeks after revealing their name and logo with a party marred by a technical malfunction, the Vegas Golden Knights hit another roadblock on Wednesday.

A trademark request filed by the NHL on behalf of the Golden Knights was initially denied by the United States Patent and Trademark Office. The reason for denial issued in the 164-page document was “likelihood of confusion” with the NCAA’s College of St. Rose Golden Knights.

It is unclear at the moment what exactly this denial means for the franchise. Requests for comment from the NHL after normal business hours on Wednesday night were not immediately returned.

The NHL’s 31st franchise has until June 7, 2017 to respond and provide evidence as to why the government’s refusal should be withdrawn.

In a statement issued to Sports Illustrated on Wednesday night, the team said it intends to do just that. It is possible the franchise works out an agreement with College of St. Rose to allow for approval.

“Office actions like this are not at all unusual, and we will proceed with the help of outside counsel in preparing a response to this one,” the statement read. “There are countless examples of college sports teams with coexisting names, including Vegas Golden Knights and Clarkson Golden Knights, UCLA Bruins and Boston Bruins, U. of Miami Hurricanes and Carolina Hurricanes, etc. We will plan on making these arguments and others in our detailed written response to the office action which must be filed by June 7, 2017.” 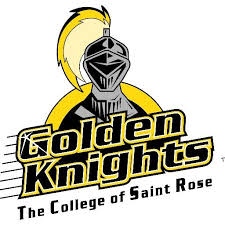 This latest blow comes just one week after the U.S. Army said it was “reviewing” its options to potentially contest the name, since the Army’s elite parachute team has been dubbed the Golden Knights since 1962. Those Golden Knights have set more than 350 world records and performed more than 16,000 shows around the world.

“We wanted to have the Golden Knights drop in for the ceremony, but it got kind of complicated,” owner Bill Foley told the Las Vegas Review-Journal.

Foley admitted that his franchise received permission from the Clarkson University Golden Knights to use the name, but they apparently forgot to seek the same from the Army and the small NCAA Div. II school College of St. Rose, which is based in Albany, N.Y.

When asked about the Army potentially contesting the name, NHL deputy commissioner Bill Daly said on Nov. 29 that the league was “very comfortable” in the legal preparation work prior to the announcement, and that the name will “neither cause confusion in the marketplace nor run into significant legal entanglements.”

TSN legal expert Eric Macramalla joins In The Box to talk about the Vegas Golden Knights trademark being denied by the U.S. Government.

Foley originally intended to use the name Black Knights, but received pushback from his alma mater, the United States Military Academy, because that is the nickname used by the academy’s sports teams.

He also explored simply using Knights, but the OHL’s London Knights hold that trademark in Canada.

The Golden Knights name and logo was revealed with glitz and glitter on Nov. 22, their knight’s helmet adorned by a ‘V’ in the centre instantly appearing on marquees along the famous Vegas Strip. The team claimed to sell more than $500,000 worth of merchandise in the hours and days following.

The Golden Knights went ahead with their party despite not receiving full approval from the U.S. Patent and Trademark Office. Their application was accepted only for “meeting the minimum filing requirements” in August, but it had not yet been assigned for review by a trademark examiner at the time of the reveal.