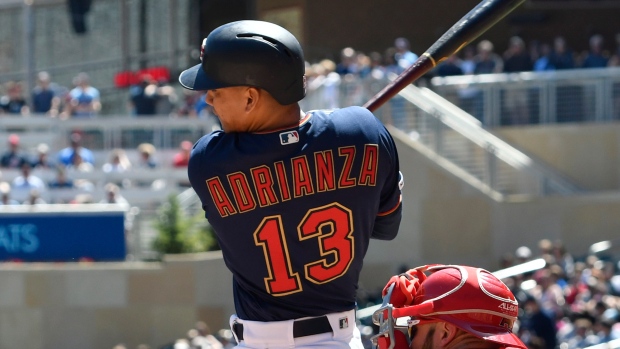 The moves came on deadline day for major league teams to offer 2020 contracts to unsigned players on their 40-man rosters.

Adrianza, who will make $1.6 million, played seven positions this year — everywhere but catcher and centre field. He took the majority of his turns at third base, shortstop and first base. The 30-year-old batted .272 with a .765 OPS, both career bests. He had five homers and 22 RBIs in 202 at-bats.

Adrianza has hit .260 with a .711 OPS in 267 games for the Twins since being claimed off waivers in 2017, playing at least five positions in all three years. He’s eligible for free agency after next season.

Cron was a successful waiver claim a year ago from Tampa Bay, hitting 25 homers with 78 RBIs in 125 games, but was hampered by a right thumb injury and had what the team called a significant surgery after the season ended.