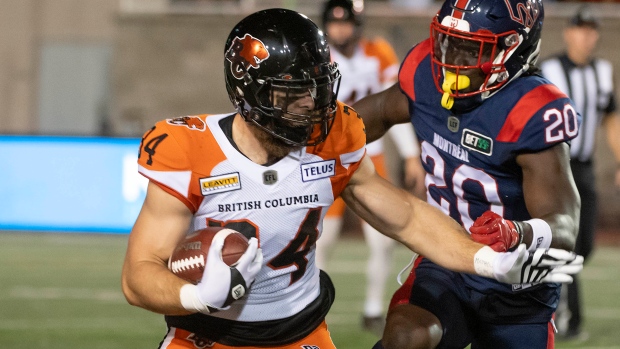 Mackie was eligible to become a free agent Feb. 14.

The 28-year-old from Jackson’s Point, Ont., had 94 yards rushing and a touchdown on 19 carries while adding seven catches for 41 yards in 14 regular-season games last year.

Mackie has appeared in 56 career regular-season games with the Lions since being selected in the second round, No. 16 overall, in the 2018 CFL draft.

He was named a team captain before the 2021 season.

"It’s an honour to be staying, this organization has made me feel at home for my entire career," Mackie said in a statement. "Last season was a big indicator of just how far we've come as a team and we all look forward to beginning the next big step toward a championship."

This report by The Canadian Press was first published Jan. 18, 2023.