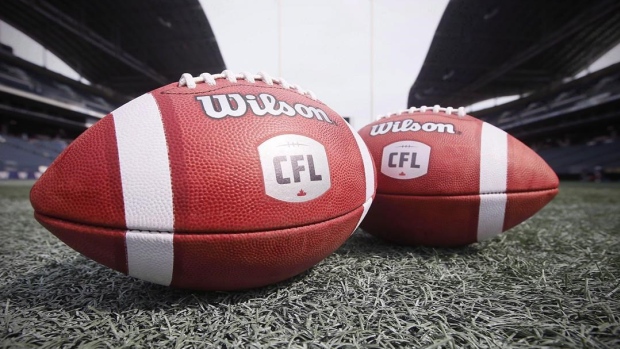 On Thursday, the NFL announced that Hawkshaw, a 14-year CFL veteran, was one of six new officials hired for the 2019 season. The 45-year-old firefighter from North Vancouver, B.C., appeared in 189 career CFL games and three Grey Cups.

Hawkshaw began officiating football games as a teenager, following in his father's footsteps. Over his tenure, he became well versed in all varieties of the game.

Versatility, Hawkshaw said, is one key to becoming a good official.

"Being the first Canadian, I'm going to work hard to make sure I fill those shoes well," Hawkshaw said. "Any young official can strive to do what they want to do but you've got to work hard.

"I've grown up in a community where I had to officiate a bunch of different sets of rules through my career. I started off with American high school rules, amateur Canadian rules, NFL rules and obviously CFL rules. There's no reason why people can't balance them all. Football is football, just be a good listener and work hard."

Hawkshaw's departure leaves the CFL without one of its senior officials this season. But Darren Hackwood, the league's senior director of officiating, is good with that.

"We see it as a pretty big positive," said Hackwood. "We knew kind of going into this partnership with the NFL that, hopefully, we'd get the outcome of them hiring one of our officials that was in the program and that's a very big positive for us."

In 2016, the two leagues formed the NFL-CFL officiating development program to help officials on both sides of the border learn from each other and get more field time. The following year, Hawkshaw was among three CFL officials — Dave Foxcroft of Burlington, Ont., and Edmonton's Justin McInnes were the others — who attended NFL development seminars and programs.

Each was tested thoroughly, then worked a different NFL exhibition game. Hawkshaw and Foxcroft were field judges while McInnes served as line judge.

As part of the program, CFL officials work primarily as downfield officials in NFL exhibition games, a position comparable to side judges in Canada. Conversely, NFL officials working in the CFL pre-season contests are primarily deep wing officials so as to minimize some of the rule differences between the two leagues.

The NFL appointment surprised Hawkshaw, who figured with the abundance of quality officials in the U.S. that a Canadian would be a longshot to land a job south of the border. However, it was a recommendation from Glen Johnson, a former CFL official who later served as the league's director of officials and senior vice-president, football, that Hawkshaw said put him on the path towards an NFL position.

"In 2016, Glen phoned me and told me they were starting up a partnership with the NFL," Hawkshaw said. "He said they were sending three guys there and wanted me to be a part of that program.

"Basically that's where it started and I really have Glen to thank for this opportunity. don't think it's even set in yet."

And it was during a conversation with the NFL officials that Hawkshaw learned he had a lot in common with them.

"I sat in a room with a bunch of the greats of the NFL, a lot of the high guys, and they all had the same story," he said. "It was basically you've got to be in the right place at the right time.

"I've been in the right place at the right time, I've happened to meet the right people, I've been able to work hard and show them my work ethic and what I'm able to do. You don't get to where you're at without a couple of people helping you along the way and I'm very thankful for that."

This isn't the first time the NFL has hired a CFL official. In 2001 referee Bill Vinovich, an American, joined the NFL officiating ranks after working for five years in the CFL.

Vinovich served as an NFL official from 2001-06 before retiring due to heart condition. He returned in 2012 after receiving a clean bill of health from doctors and is entering his 14th season south of the border in 2019.

Hackwood said the timing of Hawkshaw's departure won't cause any problems for the CFL in terms of finding a replacement.

"We have a roster right now that's craving for more games," he said. "We have the veteran officials who love to work so filling the 15 or 16 games that Dave would've worked won't be a problem.

"It also gives us an opportunity to get one of our new officials some more reps earlier in the season. Hopefully this can be a bit of a recruitment tool for us if we're going to be a bit of a path to the NFL for some."