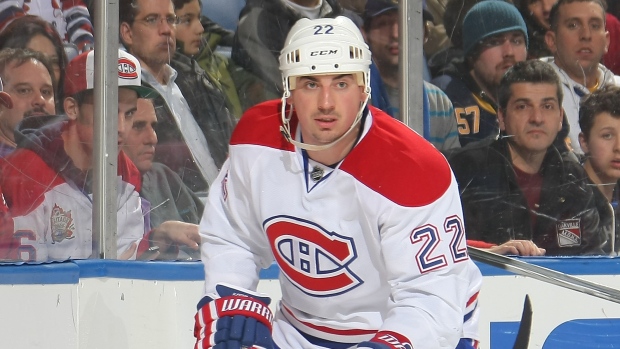 Tomas Kaberle could be getting get another shot at the National Hockey League.

According to TSN Hockey Insider Pierre LeBrun, Kaberle is skating with the New York Rangers, though the club has no immediate plans to sign him yet.

Kaberle is expected to fly to New York City on Wednesday and could skate with the team on Friday.

The 36-year-old defenceman has been working out at the University of Toronto since playing two exhibition games with the New Jersey Devils in preseason action.

Kaberle spent last season with Kladno of the Czech League, where he scored four goals and 20 assists. He also played for the Czech Republic in both the 2014 Olympics and World Championship, tallying four assists in nine international games.

Kaberle had a tryout with the Devils this past August, but was eventually released.

He last played in the NHL with the Montreal Canadiens in 2013. He won a Stanley Cup in 2011 with the Boston Bruins and scored 87 goals and added 476 assists in 984 career games.