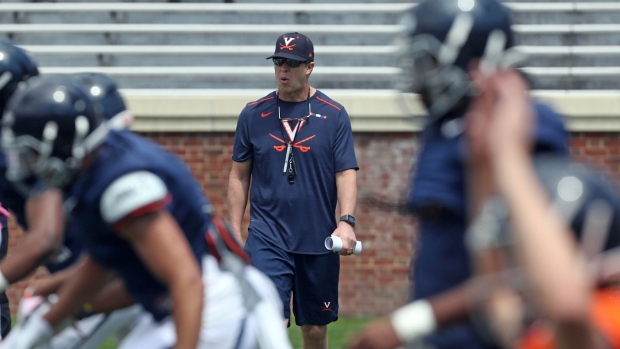 Virginia president James Ryan doesn't believe a "normal" NCAA football season is in the cards this fall due to the ongoing coronavirus (COVID-19) pandemic.

Ryan's comments echo those of NCAA president Mark Emmert from Friday when he said that he couldn't see football taking place at a school where the campus wasn't open.

"College athletes are college students, and you can't have college sports if you don't have college (campuses) open and having students on them," Emmert said on a live Twitter broadcast. "You don't want to ever put student-athletes at greater risk than the rest of the student body. That doesn't mean [the school] has to be up and running in the full normal model, but you've got to treat the health and well-being of the athletes at least as much as the regular students. So if a school doesn't re-open, then they're not going to be playing sports. It's really that simple."

Ryan said that his school is working in lockstep with athletic director Carla Williams and head coach Bronco Mendenhall to ensure the safety of the Cavaliers team.

"We're taking it day by day," Ryan said. "Obviously we need to have students back on grounds before football can begin."