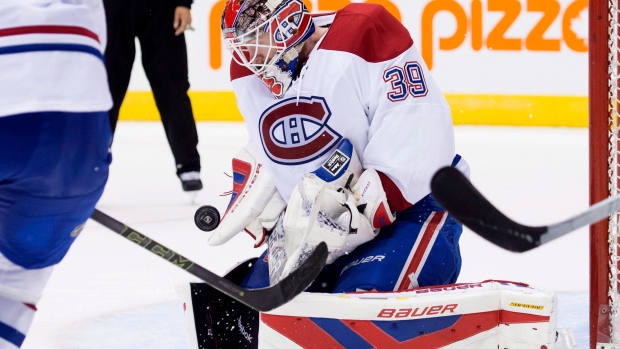 Keep track of all the waiver wire moves as NHL teams set their opening day roster by 5pm et. Tuesday.

P.A. Parenteau, signed to a one-year deal with the New York Islanders this summer, is making the short move to New Jersey. The Devils claimed the winger, who scored 20 goals with the Toronto Maple Leafs last season.

A former fifth-round pick of the Boston Bruins, Griffith scored 24 goals and 77 points in 57 games in Providence of the American Hockey League last season. A five-foot-nine centre from Wallaceburg, Ont., Griffith played junior hockey for the London Knights when they were run by Mark Hunter, now the Leafs assistant general manager.

"(Hunter) and his group obviously felt he was a guy that may be able to help us," Leafs coach Mike Babcock said of Griffith following practice on Tuesday morning.

Brooks Laich was assigned to the AHL's Toronto Marlies to make room for Griffith on the roster.

Dahlbeck heads to the Canes