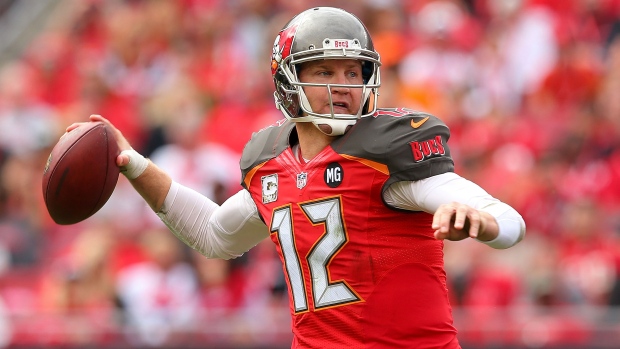 Each week, TSN.ca takes a look at the top available players in fantasy football ahead of the weekly waiver deadline.

I wasn’t big on the Buccaneers’ decision to bench Mike Glennon and return to McCown as starter but apparently I should have been. McCown put up one of the best fantasy performances in Week 10 and sure, a lot of his production came in garbage time, but fantasy football doesn’t differentiate. And that rookie WR Mike Evans continued his hot streak is good news for both players moving forward.

Stanton makes this list because the starting QB of the league’s best team deserves to be owned, doesn’t he? Stanton is no Carson Palmer and Palmer was only a QB2 before tearing his ACL but Stanton is a lot more daring than most backup quarterbacks and now at the helm of a pretty solid offence.

Vick would be higher on this list if not for his Week 11 bye; just two teams have later byes, so Vick is more of an injury fill-in than bye week replacement at this point in the season. And while it’s unlikely he’ll repeat his Week 10 performance on a regular basis in the Jets’ offence, Vick has shown brief glimpses of his once-dominant fantasy self. Even as a shadow of his former self, Vick is worth a flyer.

Let’s not get too excited over Anderson’s dominating performance in Week 10, there are a lot of running backs that could have put up big numbers on the Raiders Sunday. Instead let’s get excited over the prospect of Anderson getting some starts – hopefully at least one start – in Denver’s high-powered offence. Montee Ball is nearing a return but if he’s not ready in Week 11, Anderson should be started.

I’ve gone back and forth on the Browns running backs all year. All I know is that at least one of them should be owned, but after last week when all three (Terrence West, Ben Tate, and Isaiah Crowell) scored in double digits, my guess is as up in the air as ever. Best case scenario is there is no wrong answer.

You may have drafted Bowe but he’s arguably the most own-able he’s been all season now. The Chiefs are playing their best football lately and Bowe is coming off his best week of the season. Bowe is getting enough targets and decent yards every week, if Alex Smith can ever find a receiver in the end zone he becomes a strong weekly play.

Brown is going to be a very good receiver one day, but it’s still up in the air if he’ll have a consistent impact in fantasy this season. The rookie put up his third big week of the year on Sunday and even though he’s taking a hit at quarterback moving forward, remains the third receiver in a pass-happy offence.

I had Rivera in this spot last week and he remains my top tight end waiver buy for desperate owners. Rivera has three touchdowns in the past two weeks and while that’s unlikely to last, his high amount of targets should. Derek Carr has gotten comfortable with the second-year TE and should continue to look for him on a consistent basis. With 8-10 targets per game, Rivera should garner enough yards to be a safe play and any touchdown grabs are just a bonus.

ASJ’s Week 10 was far from spectacular – and saved only by his second career touchdown – but the second round pick is full of potential and if he continues to garner the targets he got on Sunday, he should cash in on that potential sooner than later.