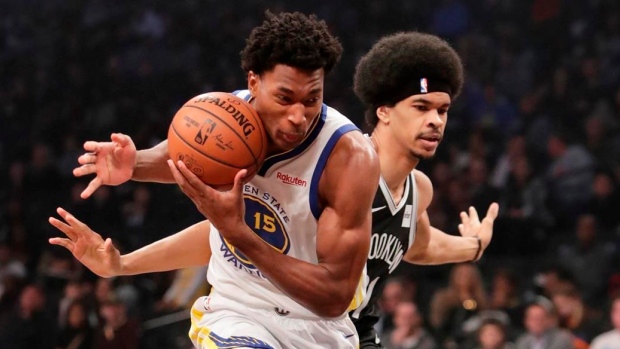 Golden State said Friday that Jones had the procedure Wednesday in Chicago, performed by Dr. Benjamin Domb. Jones is expected to begin the rehab process in six weeks with a timetable to be determined based on his progress.

Jones, a third-year pro out of Vanderbilt who developed in the G League last season to emerge as the starter for the two-time defending NBA champions, was injured Saturday at Detroit.

The 23-year-old Jones started in 22 of his 24 games, averaging 5.4 points and 3.1 rebounds in 17.1 minutes. Golden State had an opening at centre following the off-season departures of JaVale McGee, Zaza Pachulia and David West.