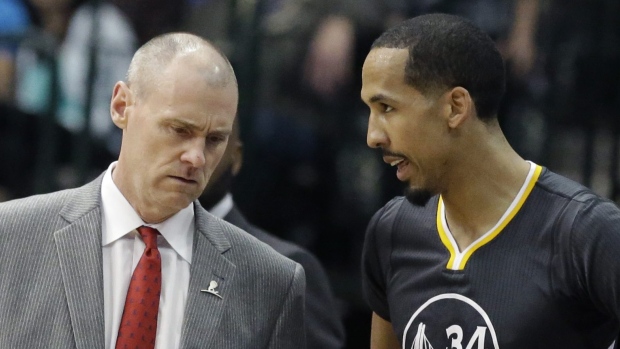 The hit occurred with 1:28 remaining in the third quarter of the Warriors' 123-110 victory over the Mavericks Saturday.

Livingston was serving his suspension Sunday during the Warriors game against the San Antonio Spurs.

Livingston was called for a flagrant foul when video review showed him punching Nowitzki in the groin area while the big German was backing in for a shot.

Livingston said after the game that the play looked worse than it was and that it was just bad timing.